Ministry pegs NTT's Manikin Dam to be constructed by 2022-end 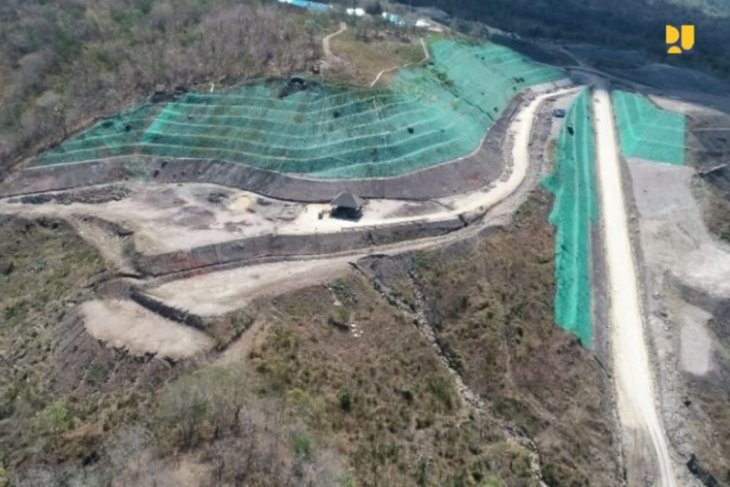 Feb. 22 - The Ministry of Public Works and Public Housing (PUPR) is targeting to complete the construction of Manikin/Tefmo Dam located in Kuaklalo Village, Taebenu Sub-district, Kupang, East Nusa Tenggara (NTT) Province, by the end of 2022.Manikin Dam is the fifth out of the seven dams planned to be built in NTT Province, according to PUPR spokesman Endra S. Atmawidjaja."NTT is a water-scarce area. Hence, we need several dams as water reservoirs to meet the various requirements throughout the season," Atmawidjaja noted in a written statement here on Monday.Of the seven dams, the construction of two dams has been completed, and President Joko Widodo had inaugurated them. The work on Raknamo Dam in Kupang District was completed in 2018, while the Rotiklot Dam in Belu District was constructed in 2019.The Napun Gete Dam, located in Sikka District, will be inaugurated in the near future.

"Meanwhile, Temef Dam in South Central Timor District (TTS) and Manikin/Tefmo Dam are still under construction,” Atmawidjaja remarked.Manikin River is expected to be the main water source for the Manikin/Tefmo Dam, with a capacity of 28.20 million cubic meters and normal inundation area covering 148.7 hectares.This dam is planned to cater to the irrigation needs of 310 hectares of agricultural land in Kupang and can be utilized as a source of raw water to supply 700 liters per second to Kupang City and Kupang District, for the generation of 0.125 MW of electricity for the Microhydro Power Plant (PLTMH), and flood control at 531.70 cubic meters per second.Moreover, the Manikin/Tefmo Dam is designed to function as a flood control and a tourism site owing to its scenic landscape, with a typical local architecture of NTT."This dam will also have a morning-glory spillway found only at Jatiluhur Dam in Indonesia," he revealed. (Antaranews)