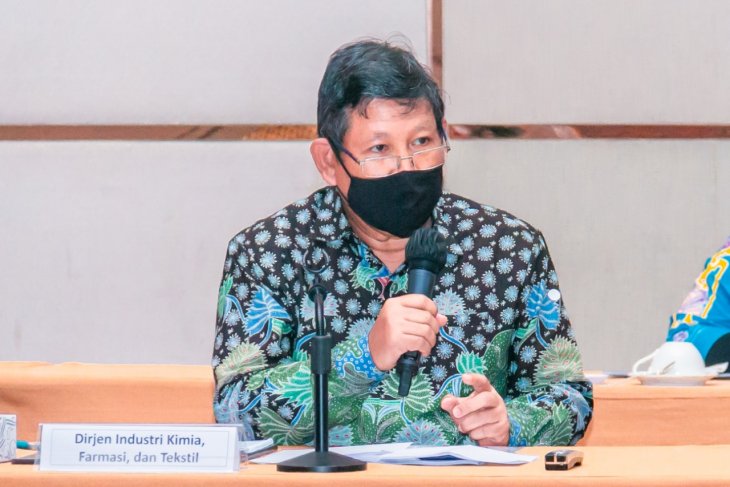 Jakarta. Indonesia's chemical, pharmaceutical and textile industries are prepared to implement the Industry 4.0 that will boost efficiency and competitiveness, according to the Industry Ministry."The fourth industrial revolution that integrates resources in technology, machinery, and humankind has brought about significant changes in the sector," the ministry's Director General of Chemical, Pharmaceutical and Textile Industry, Muhammad Khayam, stated at the Pre-Conference of Hannover Messe 2021 here on Tuesday.Khayam noted that the industry has become a national priority in the Industry 4.0 for its superior performance, with exports in 2020 having reached US$33.99 billion.Investment worth Rp61.97 trillion was realized during the period, with the largest share from chemical and chemical goods industry and having absorbed 6.24 million workers."In addition, the pharmaceutical industry is included in the priority to boost its transformation and make Indonesia self-reliant in the health sector," Khayam remarked.It has become increasingly important for Indonesia to achieve self-reliance in the health and pharmaceutical industry in the wake of the current health emergency situation.The ministry has outlined various programs to implement the road map of Making Indonesia 4.0 in the sector, including the assessment of Indonesia Industry 4.0 Readiness Index (INDI 4.0), implementation and adoption of the Industry 4.0 technology in the textile and garment sector, improvement in the flow of materials in the petrochemical industry, and the establishment of textile and textile industry pilot project in Industry 4.0."We also conducted technical training and training for transformation managers and developed the Indonesia Smart Textile Industry Hub (ISTIH)," Khayam stated.The ministry has provided facility for restructurization in the textile, leather and footwear industry through renewal of machinery that utilize more advanced technologies.In 2020, the ministry had awarded INDI 4.0 to seven companies in the sector and honored the National Lighthouse Industry 4.0 to one company.The seven companies are PT Kaltim Parna Industri, PT Biggy Cemerlang, PT Schott Igar Glass, PT Kimia Farma Sungwun Pharmacopia, PT Globalindo Intimates, PT TI Matsuoka Winner Industry, and PT Asia Pasific Rayon. PT Pupuk Kalimantan Timur received the honor of National Lighthouse Industry 4.0 in the chemical industry sector.Hannover Messe is expected to serve as a media for promotion, communication, and information among industries and users to create supply chain."Hannover Messe will also open up the opportunity for national branding with Indonesia's position as a new world economic power and global player in the manufacturing industry," Khayam stated. (Antaranews)