Requirements of NTT, NTB refugees should be promptly fulfilled: Jokowi 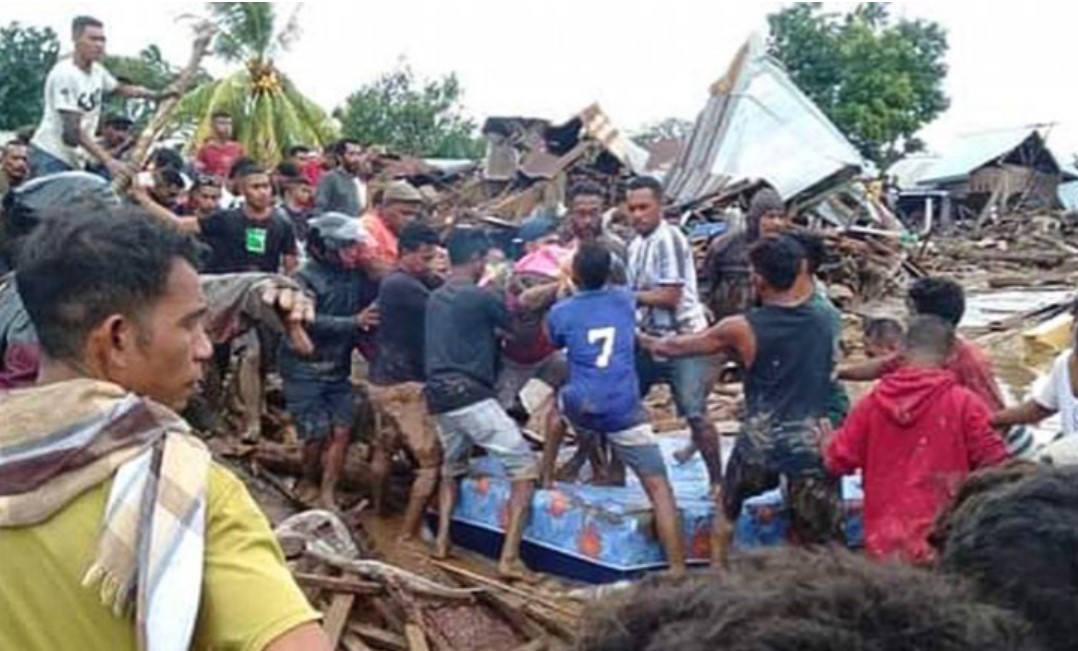 Jakarta. President Joko Widodo (Jokowi) has called for promptly meeting the requirements of refugees impacted by the disaster caused by the Seroja tropical cyclone in East Nusa Tenggara (NTT) and West Nusa Tenggara (NTB)."Immediately handle the situation at hand and meet the needs of the refugees," the president remarked at the Merdeka Palace in Jakarta, Tuesday.President Jokowi conveyed the statement at a limited meeting held via videoconferencing on the topic of "Disaster Management in the Provinces of West Nusa Tenggara and East Nusa Tenggara," with attendees comprising ministers of the Indonesian Working cabinet related directly and to the governors and district heads whose areas were impacted by the disaster."Although I know that on Sunday some of them have been sent to NTT and NTB, but owing to the extreme weather, the aid could not reach the location until yesterday. I saw it," the president stated.President Jokowi also instructed the National Disaster Mitigation Agency (BNPB) and the provincial government to immediately collect data on the evacuation points."Ensure that the logistics, tent, and field kitchen can meet the basic needs of the refugees as well as the needs for babies and children, especially clean water and toilets," the president stated.The head of state also urged that the Meteorology, Climatology, and Geophysics Agency (BMKG) increase warnings of extreme weather as a result of the Seroja tropical cyclone."Ensure that all regional heads and the public can access and monitor the weather and climate predictions issued by the BMKG. They must know everything, so that the community can increase preparedness and vigil to face the threat of risks in the form of strong winds, flood hazards, flash floods, and landslides," he stated.The death toll in flash floods that struck several districts of NTT Province has climbed to 128, while 72 others remain missing, and 8,424 residents were displaced.However, the government did not declare a national disaster status, as the regional administrations were not affected despite major flooding, Head of the National Disaster Mitigation Agency (BNPB) Doni Monardo stated at a press conference here on Monday.A tropical cyclone, triggering flash floods, strong winds, and landslides, affected Kupang City, East Flores, Malaka, Lembata, Ngada, West Sumba, East Sumba, Rote Ndao, and Alor."None of the local administrations were paralyzed. The local governments manage to handle the evacuees. We do not need to propose a national disaster status," he remarked.Moreover, 1,083 families, comprising 2,683 people, were also affected by the flash floods.The agency has deployed helicopters to support the evacuation process and relief aid as well as the distribution of other logistics.Of the total evacuees, 7,212 people are the residents of East Sumba, 958 reside in Lembata, 672 are the locals of Rote Ndao, 284 are the residents of West Sumba, and 256 are from East Flores.Of the 128 deaths, 67 were reported in Lembata, 49 in East Flores, and 12 in Alor.The natural disasters had inflicted damage to almost two thousand homes and several public facilities and infrastructure, such as bridges. (Antaranews)