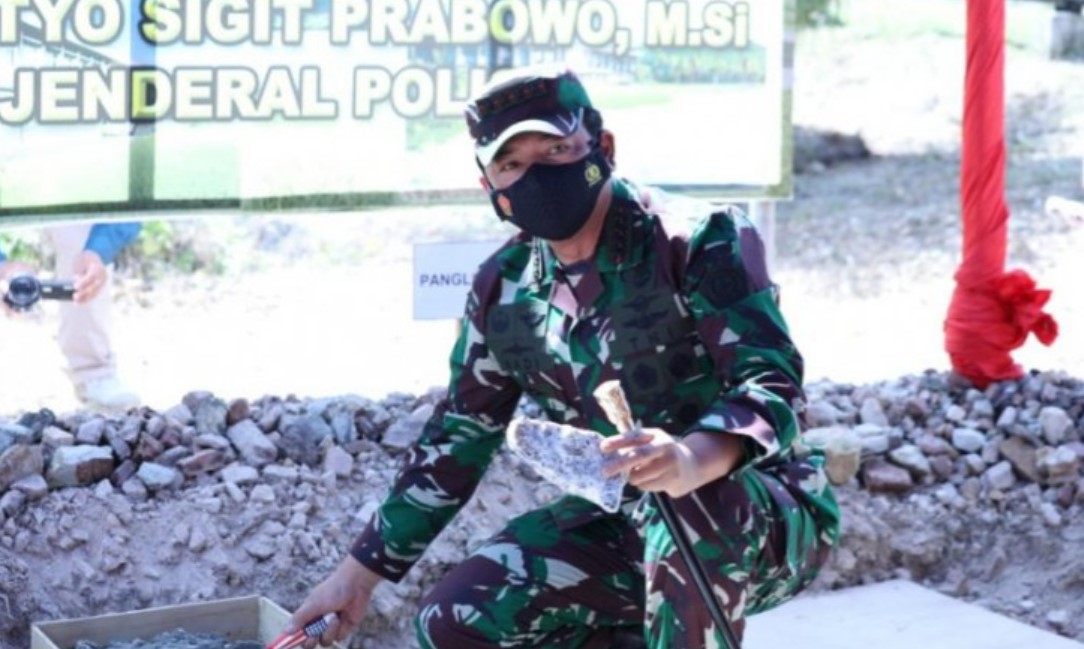 Jakarta. Marshal Hadi Tjahjanto, chief of the Indonesian Defense Forces (TNI), laid the cornerstone for the construction of the command headquarters of the Marine Combat Force of the First Fleet Command in Natuna, Riau Islands, on Tuesday.The command headquarters, which will be part of the Combat Operations Executive Command in western Indonesia, will also function as an Integrated Marine Security Command Post.The presence of the headquarters is expected to help strengthen the Integrated TNI Unit in Natuna in the northernmost area of the Karimata Strait, which shares marine borders with Singapore, Vietnam, and Cambodia."The Natuna area has maritime character, hence the presence of the Command Headquarters of Marine Combat Force I here is expected to strengthen the interoperability capability of the TNI's naval and air forces in the maritime domain," Tjahjanto said.At the inauguration ceremony, the TNI chief was accompanied by the Indonesian National Police chief, General Listyo Sigit Prabowo, and Chief of Staff of the Indonesian Navy, Admiral Yudo Margono.At the ceremony, Tjahjanto lauded the Indonesian Navy for its involvement in building defense infrastructure in Natuna, one of Indonesia's outermost and frontier regions.Natuna is an archipelago consisting of 272 islands located between the islands of Sumatra and Kalimantan. However, administratively, it is a district under Riau Islands Province.Natuna is a strategic Indonesian territory because it is directly adjacent to the South China Sea, and crucial for the TNI to map the strength of the Indonesian defense forces.The TNI chief also inaugurated Indonesian warship (KRI) Alugoro-405 at the Selat Lampa Pier, and appointed Lt. Col. Ahmad Noer Taufik as its first commander on Tuesday.He also witnessed the vaccination of 558 military and police personnel tasked with guarding the Natuna Islands and waters. (Antaranews)