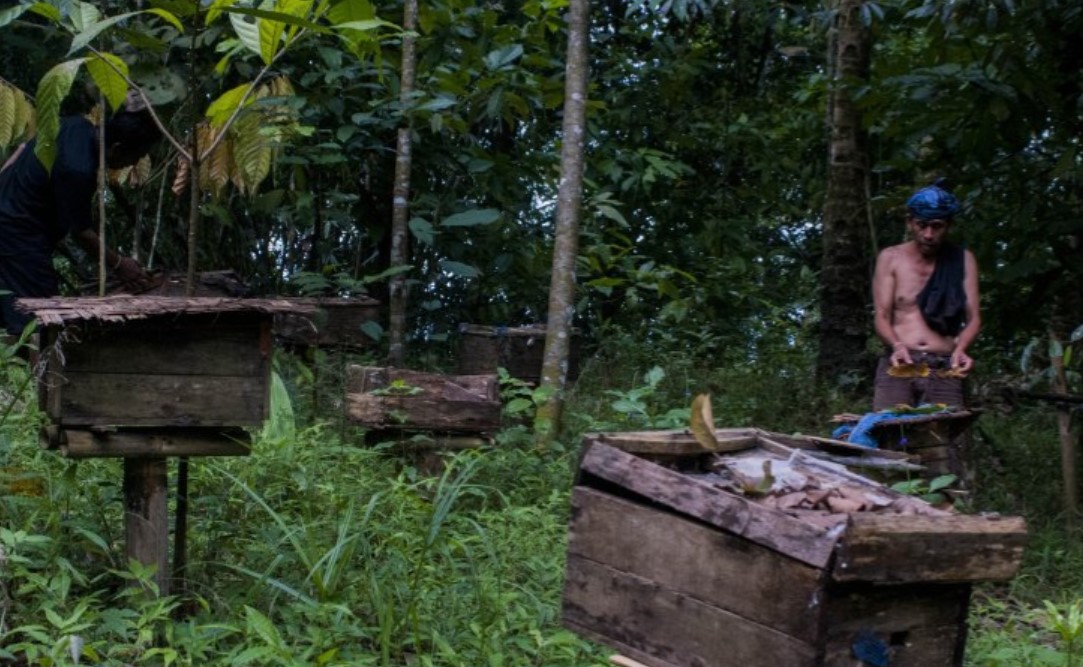 Jakarta. The Ministry of Environmental Affairs and Forestry has said that forest conservation is an important part of efforts to preserve bees, which play an important role in pollination and preserving biodiversity."The loss of bees will not only reduce food sources and local people's income but also reduce pollination and biodiversity, where most of the pollination from plants is carried out by bees," the ministry's director-general of conservation of natural resources and ecosystems, Wiratno, said during an online workshop on Bee and Pollinator Awareness Day, here on Tuesday.According to Wiratno, bees have a crucial role as pollinators, hence a public awareness campaign on bee preservation efforts in Indonesia needs to be conducted.The workshop, entitled 'Bees, Food Security and Health: Opportunities and Challenges', is one of the activities being held to help preserve the country's biodiversity, particularly bees, he said.Beekeepers can enjoy sustainable financial benefits by protecting bee habitats through forest conservation, he added."Losing trees in the forests only has negative implications for bees, such as loss of food, hives, and hive material," he explained.Thus, beekeepers need to invest in protecting forests or converting idle land into forests, he said.Forest communities in Indonesia comprise about 26 thousand forest villages or 30 percent of the total number of villages in Indonesia, he noted.The communities can use bees' honey as a source of nutrition and can also use it to earn an income, which must be in line with the conservation of the forest around their area, Wiratno said.If the bee-based economy is able to be realized, more than 9 million forest village community heads can increase their income, he added.Future bee and pollinator development programs must be directed and carried out within an adaptive collaborative management framework, which includes collaboration between two parties, ecosystem-based management, and based on the latest species and population data, he suggested."These pollinators are not only for the benefit of small farmers throughout the country because they have enormous economic value, but also for the benefit of ecological health and human health globally," he remarked. (Antaranews)