Govt to share roadmap for Making Indonesia 4.0 at expo 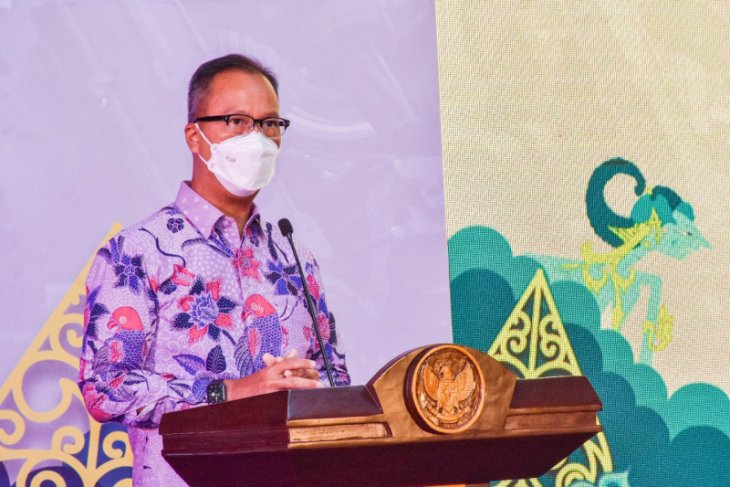 Jakarta. Indonesia will share its roadmap for Making Indonesia 4.0 with the rest of the world when it acts as an official partner country at the Hannover Messe 2021 Digital Edition, the world’s largest technology expo.Industry Minister Agus Gumiwang Kartasasmita made the remarks in an official statement released on Tuesday.Indonesia will strive to benefit from the expo to introduce its technological strength and boost its connectivity with the global supply chain network, he said."In addition, we will also push for technological transfer through Indonesia's participation in Hannover Messe 2021,” he stated while opening a pre-conference of ‘Indonesia Partner Country of Hannover Messe 2021’.Amid the COVID-19 pandemic, which has changed lifestyles, interactions, and economic activities of the public, the participation of Indonesia in Hannover Messe 2021, which will be held online this time, will give freedom to the country, he remarked.He said Indonesia’s status as an official partner country will digitally last for one year until the appointment of a new official partner country."During Hannover Messe 2021, we will also showcase the digital acceleration in the Indonesian industrial sector as a result of restrictions on (public) mobility and interaction during the pandemic, where the 4th Industrial Revolution has found its momentum," he added.Indonesian companies have adjusted to the COVID-19 pandemic by applying industrial technology 4.0 to maintain production activities, he pointed out.The realized investment in the industrial sector reached Rp272.3 trillion amid the pandemic in 2020, up 26 percent compared to Rp216 trillion in 2019. In March 2021, the Purchasing Managers' Index (PMI) of Indonesian manufacturers stood at 53.2, or 2.3 points higher than in February 2021.In fact, the IPM in March 2021 has been the highest in 10 years, suggesting that the Indonesian economic recovery is running at a faster pace and is expected to boost economic growth in 2021, the minister noted."One of the ways to drive industrial growth at a faster pace in implementing the roadmap for Making Indonesia 4.0," Kartasasmita said.The roadmap for Making Indonesia 4.0 is an initiative to accelerate industrial development to usher in industrial era 4.0, with the ultimate goal of helping Indonesia emerge as one of the world's top 10 economies in 2030, he explained.Based on the roadmap for Making Indonesia 4.0, seven industrial sectors will be accorded priority to usher Making Indonesia 4.0. The industrial sectors include the food and beverages industry, textile and garment industry, automotive industry, chemical industry, pharmaceutical industry, and health equipment industry."The seven sectors have been chosen because they account for 70 percent of the total gross domestic product in the manufacturing sector, 65 percent of manufactured goods exports, and 60 percent of industrial workers,” the minister explained. (Antaranews)