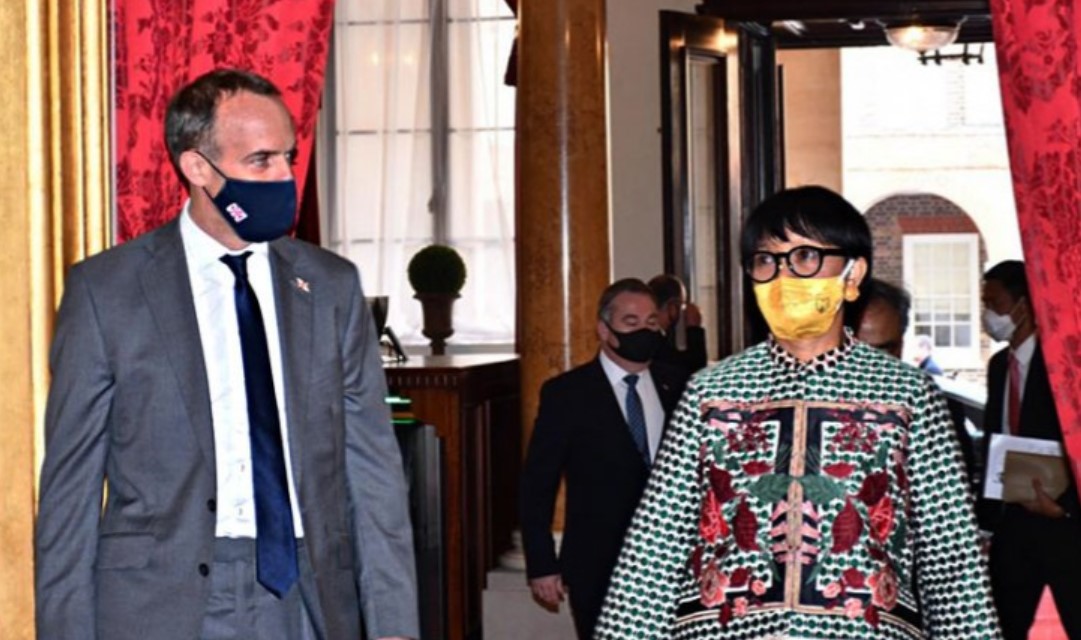 Jakarta. British Foreign Minister Dominic Raab undertook a visit to Indonesia on Wednesday to meet with President Joko Widodo and Foreign Minister Retno Marsudi to deliberate on endeavors to take bilateral ties to the next level.The trio would discuss issues on the COVID-19 pandemic, peace and security cooperation, as well as steps to intensify trade partnership, worth £2.7 billion annually, between the UK and Indonesia.Raab was also scheduled to hold a meeting with Health Minister Budi Gunadi Sadikin to discuss the significance of international cooperation in pandemic preparedness as well as bilateral cooperation in the health field, including in telemedicine, researches through the UK’s Newton Fund, and genome sequencing through the UK’s Fleming Fund.This was his fourth visit to Southeast Asia as foreign minister as well as the foremost visit since the publication of the Integrated Review, the British Embassy noted in a statement here on Wednesday.Foreign Minister Raab's visit signals Britain's keenness to bolster relations with countries in the region, according to the embassy.This year, several British ships, which are part of the British Carrier Strike Group, led by HMS Queen Elizabeth, will embark on their maiden visit to the region."We are deepening our trade relationship. Deployment of the Carrier Strike Group marks the beginning of a new era of cooperation in the defense sector. The UK is investing in long-term partnerships as a force for good in the region,” Raab stated.Meanwhile, British Ambassador to Indonesia Owen Jenkins expounded that this visit would reinforce the existing sound ties between the UK and Indonesia and was testament to Britain's willingness to direct its attention largely on the Indo-Pacific region."We have forged bilateral cooperation for development in various fields. This visit will explore where we can do more, and we are optimistic of making good progress," Jenkins stated.After the visit to Indonesia, Raab will head to Brunei-Darussalam, the current ASEAN chairman, on Thursday (Apr 8), to discuss trade, climate, and security issues.He will thereafter partake in the second UK-ASEAN ministerial dialog to explore the status of a Dialogue Partner for Britain before returning to the UK aboard a new British Air Force aircraft, the Voyager. (Antaranews)