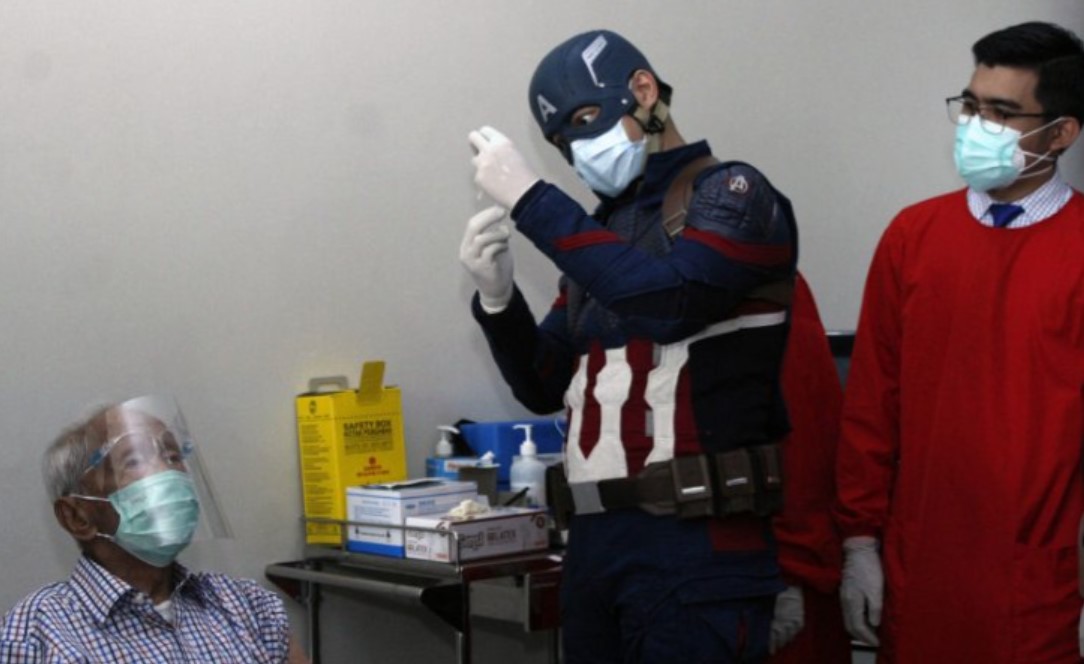 Jakarta. Coordinating Minister for Economic Affairs Airlangga Hartarto claimed that 17 million doses of the COVID-19 vaccine were administered to Indonesians, including to 3.2 million senior citizens.The government had continued to expedite the implementation of the national vaccination program to achieve the target of administering 500 thousand doses of the COVID-19 vaccine to people on a daily basis, the minister noted here on Wednesday."Handling of the COVID-19 pandemic should involve not only the government but also all elements of the community," he remarked during the launch of "Program Home Care & Home Delivery for Vaccination of 10,000 Senior Citizens for the State" in Jakarta.Some 3.2 million senior citizens that received the vaccine comprised 2.2 million given their first doses of the vaccine, or 10.54 percent, and one million, who received their second doses of the vaccine, or 4.86 percent of the targeted 21.5 million senior citizens.Meanwhile, realization of the vaccination program for senior citizens in 11 districts and cities had reached over 50 percent, with Central Jakarta recording the highest vaccination rate of 82.35 percent; followed by Badung, at 79.21 percent; South Jakarta, at 76.45 percent; and Surabaya, at 69.86 percent.On the other hand, the vaccination rate of senior citizens in other regions remains low as compared to the vaccination rate of public service officers, including Bali, at 26 percent; Yogyakarta, at 19 percent; and North Sulawesi, at six percent.Hartarto remarked that the vaccination of senior citizens was accelerated since half of the fatal accidents related to COVID-19 occurred among senior citizens, although their number reaches 12 percent of the total cases."This is because most of the elderly patients are vulnerable to disease and cannot survive," he stated. (Antaranews)