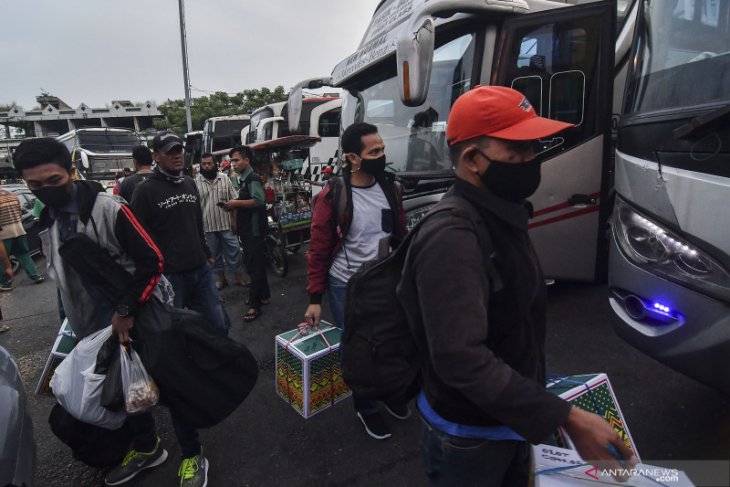 The Indonesian National Police (Polri) will hold the so-called Operation Ketupat 2021 on May 6-17 to create a conducive, safe, and orderly environment from Ramadan until Eid al-Fitr 1442 Hijriah amid the COVID-19 pandemic.National Police Head of the Public Information Division Senior Comr. Ahmad Ramadhan stated when confirmed in Jakarta on Monday that during this so-called Ketupat Operation, the National Police, through the National Police Traffic Corps (Korlantas), had readied 333 isolation points as a precautionary measure against the Eid al-Fitr homecoming exodus."Some 333 isolation points have been prepared and are scattered across the area from Lampung to Bali," according to Ramadhan.The senior comr. expounded that the 333 isolation points were checkpoints prepared by the police and were spread across several provincial and district borders."This is also at blocking points on arterial roads or on toll roads," he stated.Ramadhan also noted that before Operation Ketupat was conducted, the National Police had held Operation Safety 2021 on April 12-25, 2021.This Safety Operation focuses on disseminating information on ban on the homecoming exodus to the community to break the chain of transmission of COVID-19 in the country.The National Police is striving to raise public awareness to postpone homecoming and for Eid al-Fitr along with family at home. This effort was made, so that Indonesia would not bear witness to the COVID-19 tsunami that has besieged India.The COVID-19 tsunami hit India after its predominantly Hindu community performed religious rituals along the Ganges River."This safety operation aimed to break the chain of the spread of COVID-19. Steps to prevent people from conducting the Eid al-Fitr 2021 homecoming exodus aims to break the chain of COVID-19 transmission," Ramadhan pointed out.According to temporary data from the National Police Traffic Corps (Korlantas), Operation Ketupat 2021 has around 166,734 people comprising 834 personnel from the National Police Headquarters, 93,336 from the Regional Police, and 72,564 personnel from related agencies. This figure continues to fluctuate, with possible additions.Personnel of the related agencies involved comprised 13,332 Indonesian military personnel, 10,449 transportation agency personnel, and 10,772 Public Order Agency (Satpol PP) personnel.The Operation Ketupat 2021 also involves 7,402 personnel from the Health Office, 6,330 Scout members, 2,379 members of the Community Protection Agency (Linmas), 1,210 officers of Jasa Raharja, 2,301 National Search and Rescue Agency (Basarnas) officers, and 18,389 other personnel. (Antaranews)