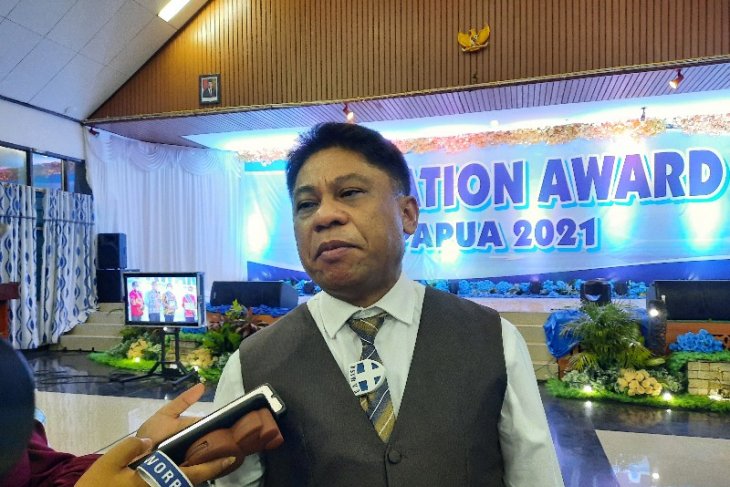 The Papua office for education, libraries, and archives urged PT Telkom to address issues with internet connectivity arising from breakage in this telecommunication giant's undersea cables since April 30, 2021."During the COVID-19 pandemic, only some 34-44 percent of the students in Papua were engaged in online learning," Head of the Papua Office for Education, Libraries, and Archives Christian Sohilait stated here on Monday.However, his office again encountered problems with disrupted internet connection over these past two days. To tackle the problem, Sohilait has appealed to PT Telkom to fix the undersea cable break at the earliest."Our education process is now facing a time of difficulty, but I appeal to all teachers to stay motivated," he stated.Services offered by state-owned telecommunications enterprise PT Telekomunikasi Indonesia (Telkom) in Jayapura City and the districts of Jayapura and Sarmi were disrupted since Friday after undersea fiber optic cables located between Sarmi and Biak broke."We apologize for the inconvenience caused to our customers," Sugeng Widodo, head of the PT Telkom-Papua Office, had stated earlier.The company will require a month’s time to resolve the problem, he remarked.The telecommunications major has striven to offer partial satellite-based services to affected customers, though they could not be optimally served, he stated.In the wake of PT Telkom’s undersea cable break, the Papua provincial administration has urged community members to stay calm and to not respond to rumors around sabotage and cable break."This undersea fiber optic cable breakage, which occurred about 700 kilometers away from the waters of Sarmi District, is a force majeure," Papua provincial government's secretary, Dance Yulian Flassy, stated.The cable break has disrupted the telecommunication giant's services in Jayapura City and the districts of Jayapura and Sarmi, but PT Telkom’s customers in the southern parts of Papua Province were unaffected, according to Flassy.The provincial government’s communication and informatics officials have been discussing the matter and ways to address the impact of cable breakage with their counterparts at the PT Telkom-Papua Office, Flassy stated."We are optimistic of the telecommunication services remaining available ahead of the Idul Fitri festivities that marks the end of the holy fasting month of Ramadhan," he remarked. (Antaranews)