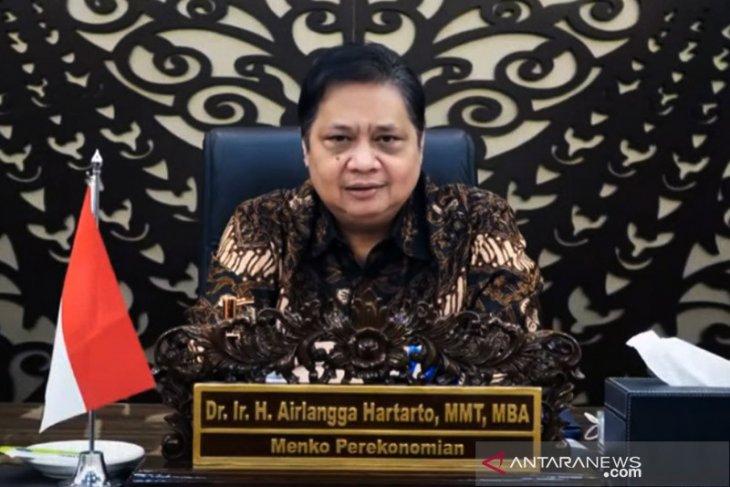 Coordinating Economic Affairs Minister Airlangga Hartarto is upbeat about economic growth reaching 6.9 to 7.8 percent in the second quarter (Q2) of 2021, with the implementation of some policies and provision of stimulus."Economic growth in the second quarter of 2021 is projected to be quite high at 6.9 percent to 7.8 percent," Hartarto noted in a statement here on Tuesday.The projection has increased as compared to the first quarter during which an economic contraction of 0.5 percent to 0.3 percent was recorded despite some improving indicators.The minister noted that in a bid to address the risk of economic weakening, the government has encouraged the sectoral and spatial economy through improvement of the Local Value Chain (LVC)."LVC strengthening has focused on some strategic commodities, such as palm oil, rubber, chemical industry, aluminum industry, electronics, and footwear industry," he pointed out.Furthermore, the minister spoke of the government expediting the vaccination program to build herd immunity, including through the implementation of mutual cooperation (gotong-royong) vaccination.Priority in vaccination was accorded on the basis of risk zonation. Red zones, or areas with high risk of COVID-19 transmission, have become the top priority.Currently, 70 percent of the COVID-19 vaccine supply was distributed to the areas of Java and Bali, while the remaining 30 percent was distributed to areas outside Java and Bali.As of April, Indonesia had administered 20 million doses of the COVID-19 vaccine, of which 10 million were administered in the past two months."With all these limitations, we were able to administer 10 million doses of the vaccine (during the March-April 2021 period). Some 12.5 million of the people have received their first jab," he stated. (Antaranews)