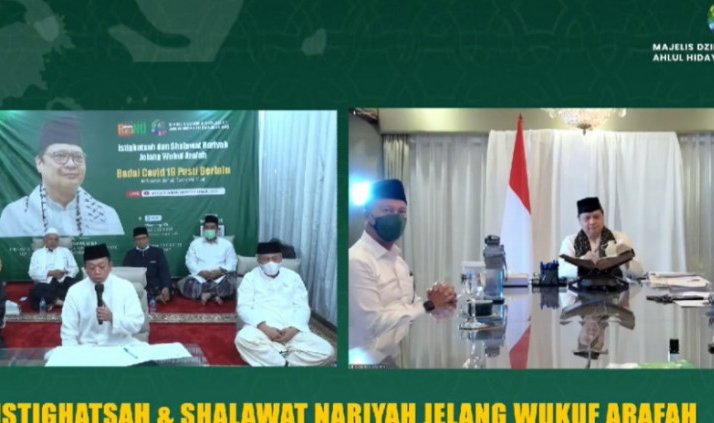 Coordinating Minister for Economic Affairs Airlangga Hartarto made an earnest request to religious figures across Indonesia to facilitate the process of disseminating information pertaining to the benefits of the vaccine to the public.During his speech at a virtual prayer event held by Majelis Ahlul Hidayah (Majelis AH) on Sunday evening, the head of COVID-19's handling and national economic recovery team pointed out that merely 36.5 percent of Indonesia's population believe in the COVID-19 vaccine, based on a survey conducted by Indonesia's Survey Institution (LSI).To this end, Hartarto is optimistic that all religious figures would enlighten the people on the benefits of the vaccine since it is one of the most effective means of containing the spread of COVID-19.While vaccination will not guarantee the stop of infection, it will still help minimize the risk, he remarked."The government cannot do this alone. The key here is citizens' discipline as well as togetherness in handling the pandemic," the Golkar Party head stated.Hartarto spoke of the government having secured around 421 million vaccines to meet needs until the end of the year. The government has targeted to vaccinate 60 million people in the next three days.In addition, the minister appealed to religious figures to support the implementation of Emergency Community Activity Restriction (PPKM). The government implemented this policy to stem the spread of COVID-19 through restricting public mobility and implementing health protocols.Hartarto also sought the help of religious figures in informing the public of the government's recommendation for celebrating Eid al-Adha in red zones. He explained that based on the religious minister’s directive, the Eid al-Adha prayer should be performed at home and animals be butchered at the slaughter house to prevent crowding. Butchered animals should also be directly delivered to the people's houses.Lastly, Hartarto expressed gratitude to the religious figures for their prayer to free Indonesia from the COVID-19 pandemic. He admitted that the praying event, held by Majelis AH, was immensely beneficial to the people. (Antaranews)