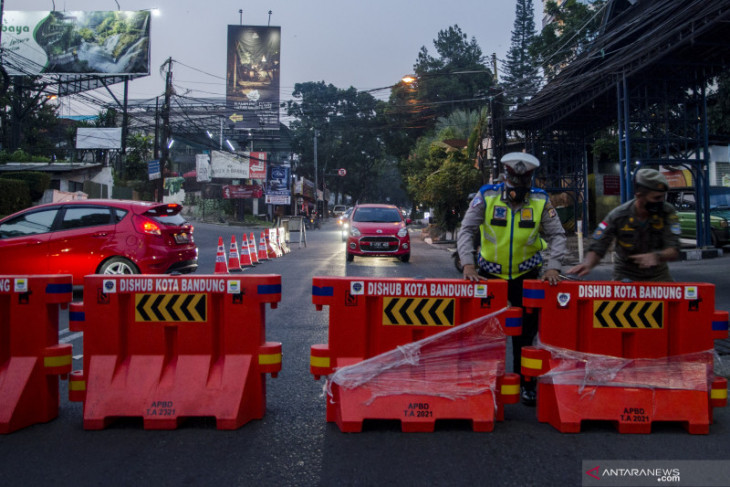 Prof. Tjandra Yoga Aditama from the Faculty of Medicine, University of Indonesia, underscored that efforts to handle the COVID-19 pandemic were not sufficient and instead called for maximizing them.

"We are still engulfed in the storm of issues (from) COVID-19 that needs maximum handling efforts, as optimal efforts are no longer enough (to tackle the problem). Only through hard work within the realm of our roles can we solve the issue afflicting the humanity of this nation," the professor noted in a written statement on Monday.

Aditama stated that since the emergency Community Activities Restrictions (PPKM) were enforced on July 3, 2021, the positivity rate had reached 25.15 percent, with the death count recorded at 493 people.

After the PPKM imposition for 10 days, the number of cases increased.

The professor noted that for the foremost instant on July 14, 2021, the positivity rate had surpassed 31.5 percent, with the number of new cases at 54,517.

"This condition demonstrates the community’s transmission (of the virus) and the 30-percent plus rate that has been around for three consecutive days," Aditama remarked.

Epidemiology, surveillance system, and healthcare system are the triad of approaches that can be applied to test the effectiveness of Emergency PPKM.

The two parameters in epidemiology encompass the count of new cases and the positivity rate.

Aditama suggested that for the evaluation of emergency PPKM, a new count of cases can be selected if the daily case count was lower than a certain figure, for instance, below 10 thousand a day.

"As an illustration, Malaysia had enforced the Movement Control Order (MCO) that can be a parameter if the number of new cases per day is below four thousand, in which case, the policy can be eased," he explained.

The second parameter is the positivity rate. he suggested to use the five-percent parameter to ascertain the low spread amid members of the public.

In terms of public health surveillance, there are at least two requirements: the ever increasing number of tests and massive tracing activities.

"If India succeeded in doing tests on two million citizens per day, then with our people being a quarter of Indian citizens, the target of 500 thousand tests per day feels appropriate," he pointed out.

"For every case found, there is also a target that needs to be met and found from every positive case. For instance, there are 15 to 30 contacts that must be found (traced). If one of them is COVID-19 positive, then 15 to 30 of their contacts must also be traced, and so on and so forth," he explained.

Moreover, every person confirmed to be COVID-19 positive must be quarantined to stop the spread of the virus. Aditama observed that with further tests, more number of cases would be found. This could also notify policy makers of the requisite measures to be taken to ensure that everything was under control.

If there are unidentified cases in the public, then the virus will always spread, thereby leading to the prolonged enforcement of social restrictions.

The last approach, which is the healthcare system, can be monitored through the hospitals’ bed occupancy rates.

Aditama reminded that the number was ever-changing based on the number of beds allocated for COVID-19 patients.

He noted that the spike in the number of COVID-19 cases not only led to full occupancy in inpatient rooms but also Emergency Rooms.

According to data from the Indonesian Medical Association (PB IDI), as of July 17, 2021, a total of 545 doctors in Indonesia had passed away. The highest death count was recorded in East Java, reaching 110, followed by 83 in DKI Jakarta, 81 in Central Java, 76 in West Java, and North Sumatra.

On the other hand, data from National Nurse Association Indonesia (PPNI) indicated that as of July 18, 2021, some 7,392 nurses were confirmed to be COVID-19 positive, with 309 suspected cases and 445 succumbing to the disease.

Aditama highlighted the fact that doctors, nurses, and other medical workers were overwhelmed by the surge in cases. Some of them were exposed to the virus and passed away.

He pointed to the difficulty of adding human resources, unlike supplying beds or procuring oxygen or medications as a means to fulfilling the hospitals' requirements for better services.

Apart from roping in the services of final-year medical students and volunteers, Aditama suggested another innovation, such as the 3R, which is Refunction, Relocation, and Recruitment.

Moreover, a recommendation from the Faculty of Medicine, University of Indonesia (FKUI) Professors on July 12, 2021, regarding "Universal Movement of Healthcare Workforce during COVID-19 Emergency" can be given due consideration. (Antaranews)