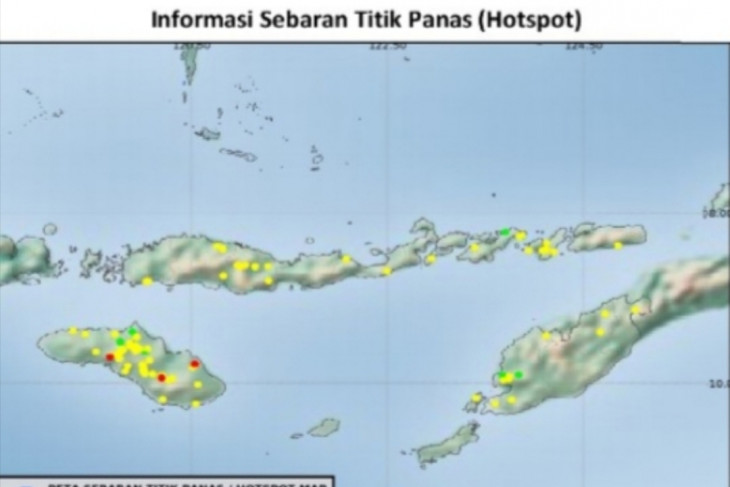 Five hotspots, indicative of forest fires, were detected on Sumba Island, East Nusa Tenggara (NTT) Province, the El Tari Kupang Meteorological Station confirmed here on Tuesday."Of these five hotspots, one was found in Katikutana Sub-district, Central Sumba District, and four in East Sumba District, respectively one in Paberiwai Sub-district and three in Rindimalulu," Head of the El Tari Kupang Meteorological Station Agung Sudiono Abadi stated.Hotspots began surfacing on July 18-19, with a confidence level of above 80 percent.Earlier, four hotspots were detected in East Sumba comprising two in Pandawai Sub-district and one each in Haharu Sub-district and Tabundung Sub-district.Moreover, a hotspot surfaced in Wewewa Timur Sub-district, Southwest Sumba District.The hotspots were detected by the Terra, Aqua, Suomi NPP, and NOAA20 satellites of the National Institute of Aeronautics and Space (LAPAN).Abadi noted that the satellite imagery only assessed the reflectivity and ambient temperature anomalies for the hotspots that were showing up, although the cause of the anomalies could not be ascertained.Abadi stated that drought conditions and strong winds were also indirect causes of the distribution of hotspots. (Antaranews)