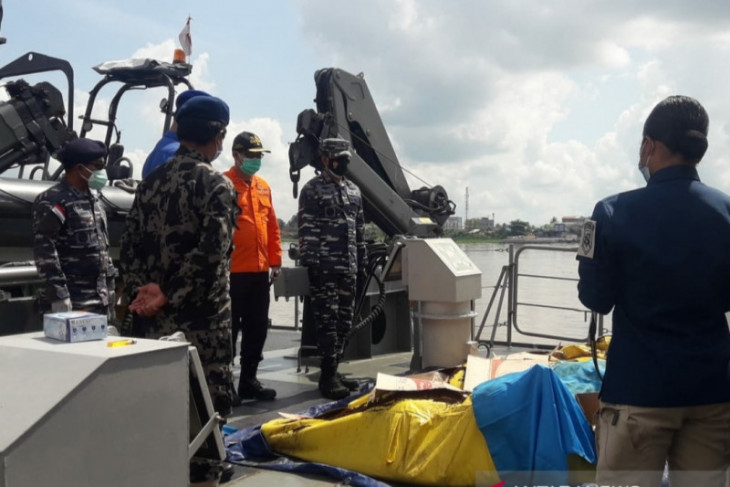 Rescue workers in Pontianak, capital of  West Kalimantan province, continued search efforts on Wednesday to locate 33 other fishermen still untraceable since their boats capsized after being hit by a giant wave amid extreme weather on July 13.

"We have decided to extend our search efforts for the sake of the humanitarian mission for three more days until Friday," Head of the West Kalimantan National Search and Rescue Agency (Basarnas) Yopi Haryadi remarked.

The endeavors to locate and evacuate the missing fishermen are backed by a joint team of personnel from several agencies, he noted, adding that as of Wednesday morning, 83 fishermen had survived the sea accident.

The Basarnas recorded that rescuers had, so far, evacuated 22 bodies from the waters of West Kalimantan Province, while 33 others were still missing since the sea incident occurred a week ago, he remarked.

The 138 fishermen were fishing aboard 18 vessels when the giant wave suddenly hit them. Most of them were spotted in the waters of Muara Jungkat, he noted.

Doctors from the West Kalimantan Police's Disaster Victim Identification (DVI) unit are still in the process of identifying several bodies of the deceased before handing them over to their families for burial, he stated.

Indonesian fishermen have repeatedly experienced fatal accidents at sea. In May this year, for instance, some 20 sailors of Indonesia's fishing vessel KM Bandar Nelayan 188 were rescued from the Australian waters.

They all survived the sea accident after a Japanese fishing vessel rescued them from the waters west of Perth in Western Australia on May 13. Thereafter, 19 of them were repatriated to Bali Island by the Royal Australian Navy's HMAS Anzac on May 21.

The ill-fated fishing ship was detected some 1,520 nautical miles from Indonesia's Basarnas-Bali Office, or some 697 nautical miles away from Perth in Western Australia.

The owner of KM Bandar Nelayan 188 reported its ship's emergency condition on May 13, but owing to its closer distance from Perth, the Basarnas authority coordinated with Australia's Joint Rescue Coordination Centre (JRCC).

Shortly thereafter, the JRCC authorities sent emergency messages to nearby vessels and deployed an aircraft to confirm the position of KM Bandar Nelayan 188 and its crew on board, he revealed.

On May 15, at about 7 a.m. Western Indonesia Time (WIB), the Japanese authorities informed Australia's JRCC authorities that FV Fukuseki Maru 15 had rescued the 20 Indonesian sailors and had moved them to HMAS Anzac. (Antaranews)