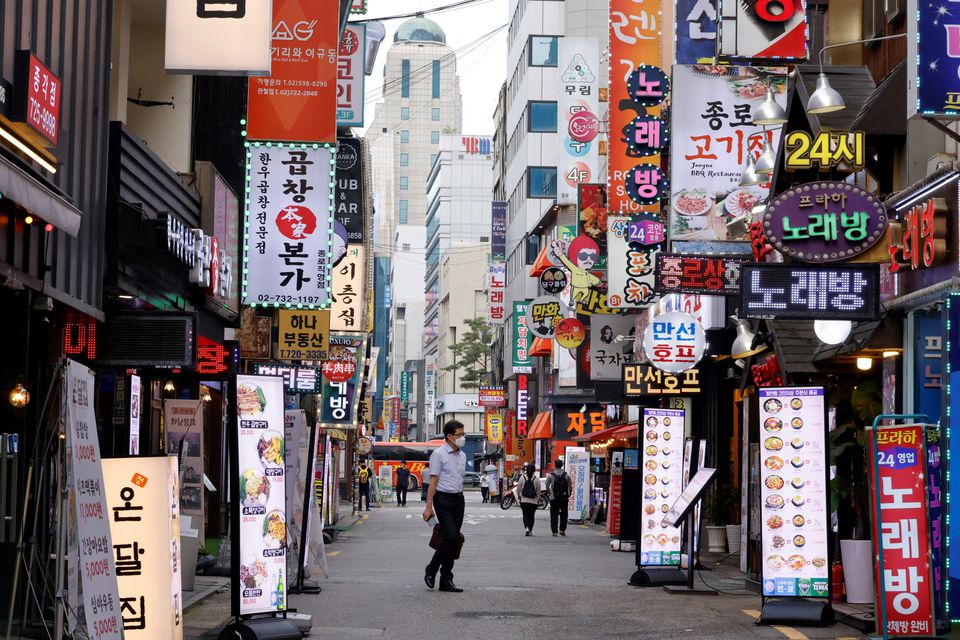 South Korea reported a daily record of 1,784 coronavirus cases for Tuesday, breaking a mark set last week, as the authorities struggled to get on top of a surge in outbreaks linked to the Delta variant.

Transmission rates have been kept relatively low across the country despite no lockdowns thanks in part to aggressive testing and tracing, but the fourth wave of infections is proving particularly hard to contain as the unvaccinated fall victim to the Delta strain.

Latest cases do not include at least 266 infections among sailors who were flown to Seoul on Tuesday after a navy destroyer patrolling the waters off Africa was found to be riddled with the coronavirus, Lee Ki-il, deputy minister of health care policy, told a briefing on Wednesday. read more

The new distancing curbs, introduced about ten days ago, haven't been effective in containing the virus spread as the summer season has contributed to higher infections in beach vacation spot, said Lee.

The government last week put the capital Seoul and neighbouring areas under a semi-lockdown, including a ban on gatherings of more than two people after 6 p.m., as more than 80% of the caseloads were found in the region. read more

New distancing rules are expected to be announced by Sunday.

Despite the record number of cases, South Korea has seen no significant increase in hospitalisations or deaths, with a mortality rate of 1.13% and the number of severe cases at 214 as of Tuesday.

Of the country’s 52 million people 32% have received at least one vaccine dose, with the government aiming to vaccinate 70% by September.