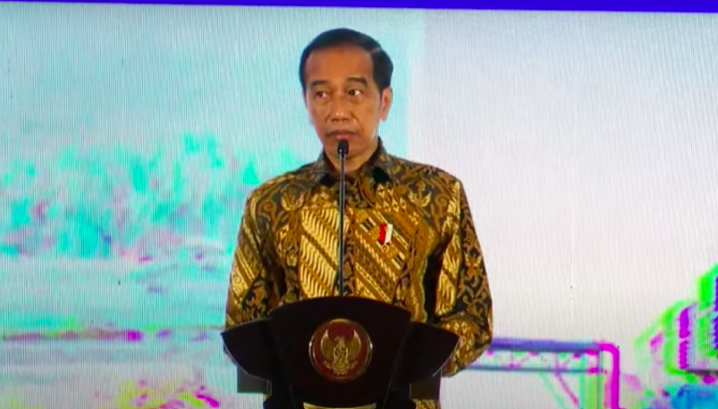 President Joko Widodo (Jokowi) drew attention of all regional heads regarding the Rp226 trillion of the 2021 budget that had yet to be absorbed by the regional governments by the end of 2021."This morning, I check with the finance minister to see how much money is still in the bank. It is already the end of November, only a month away from the end of 2021. In October, the amount was Rp 170 trillion, and now, it has increased to Rp 226 trillion," Jokowi stated while opening the 2021 National Coordination Meeting and Investment Service Award on Wednesday.He urged all regional heads to maximize the budget before looking for funding from investors. The president pointed to the too high amount of unspent money reaching Rp 226 trillion.President Jokowi also stated that the current state budget (APBN) deficit has reached Rp548 trillion."Some of the APBN, reaching as much as Rp 642 trillion, was transferred to the regions for the provinces, districts, and cities. The money is ready to be used for all regions," he told the regional heads.With a large budget, Jokowi has urged local governments to utilize the funds optimally."Ministries, regional governments, and all of us must let go of our sectoral egos. We must harbor the same aspirations to advance their regions and Indonesia," he stated.Jokowi also lauded several ministries, institutions, provincial governments, and district and city governments that received awards for investment, both investment realization and licensing permits."Central Java had a good licensing service, while West Java had a good investment realization. We must combine these two to attract more investors," he affirmed.Jokowi urged all regional heads to forego old service habits and suggested putting an end to discrimination in public services."Please give the best service when it comes to licensing permits, be it small investors or big investors. Do not discriminate. All permits must be free of charge," he added.The president also urged regional heads to set targets for the One-Stop Integrated Service (PTSP) within a year."For instance, give 10 thousand free permits for small businesses. If they already have permits, it can be easy for them to get funding. Please bear in mind that small businesses are also our investors, and we must serve them well," Jokowi noted.With the presence of investors in the regions, Jokowi believes they will help to increase money circulation."If investors come, it will increase money circulation in the area. It means that the people's purchasing power will also increase, public consumption will increase, and economic growth will increase as well, that is our main goal," he concluded. (Antaranews)