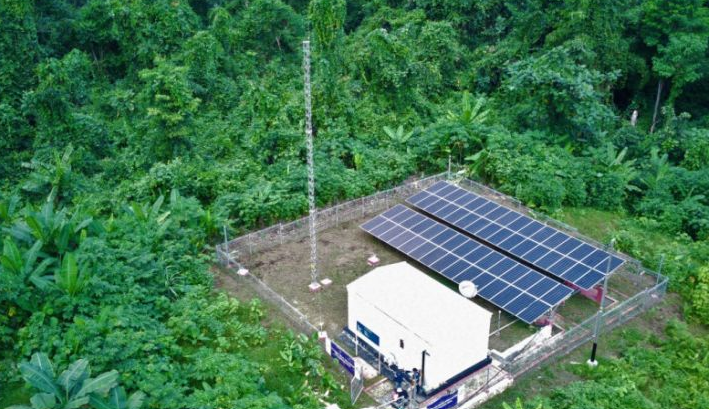 The Energy and Mineral Resources (ESDM) Ministry has developed centralised solar power stations for Indonesia's National Defence Forces' (TNI's) 23 posts at the border areas in West Kalimantan, North Kalimantan, East Nusa Tenggara, and Papua.The ministry's Director General of New, Renewable Energy, and Energy Conservation, Dadan Kusdiana, projected that the solar power stations would be completed by the second week of December 2021."The current infrastructure development for the military is to materialise the MoU and agreement between the ESDM Ministry and TNI that has been established since 2018," Kusdiana stated in Jakarta on Wednesday.The ministry has developed solar power stations for the TNI in 2018 and 2019, with the total infrastructure valued at Rp47.09 billion (around US$3.29 million), the director general noted.Concurring with Kusdiana, the ministry's Secretary General Ego Syahrial dedicated the ministry's support for the TNI while performing the duty to safeguard the national territory that comprised over 17 thousand islands, with focus also to be placed on land border regions.Meanwhile, Assistant for Logistics of TNI Commander Rear Marshal Sujatmiko stated that the developed solar power stations would significantly reduce the electric bill of each military post and alleviate electricity issues often faced by troops stationed there."I hope the construction of solar power stations developed through the military-ministry cooperation would continue to the TNI headquarters and other military posts and facilities," Sujatmiko stated.Earlier, on Tuesday (Nov 23), the TNI headquarters had acquired 22 centralised solar power stations constructed since 2019 and three roof solar power systems developed in 2018 from the ministry after officials from both institutions inked the hand-over agreement to allow the military to perform self-management and maintenance of the solar power station facilities. (Antaranews))