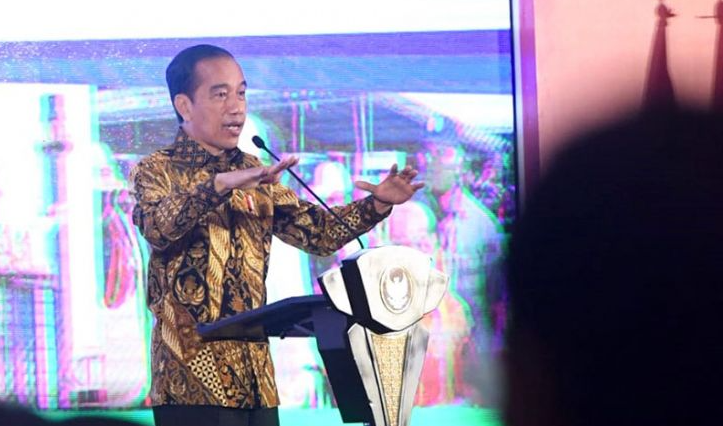 President Joko Widodo (Jokowi) revealed that the green industrial park in North Kalimantan will be expanded to 30 thousand hectares, from the original plan of 13 thousand hectares.He expounded that the decision to expand the green industrial zone is based on the rising demand for green products or environment-friendly goods."We obtained more information yesterday. Due to the rising demand to produce more green products, we will broaden (the green industrial park) to reach 30 thousand hectares," President Jokowi remarked at the Bank Indonesia Annual Meeting here on Wednesday.He noted that the green industrial park, located in North Kalimantan, will perhaps become the largest in the world. Its construction will begin in December 2021.He called to immediately apply the strategy of environment-friendly economic development or green economy.President Jokowi opined that the outlook of the world economy will rely heavily on green economic activities that prioritize sustainable growth.Indonesia has abundant green economic wealth, such as energy from water (hydropower), geothermal energy, and wind energy resources, as well as from underwater currents and solar power, he stated.Jokowi highlighted that the country had 4,400 rivers as hydropower resources. Thus, in the near future, the government will focus on energy production from water resources starting from the Kayan River in North Kalimantan and Mamberamo River in Papua."The Kayan River can yield about 13 thousand MW, while Mamberamo can approximately generate 24 thousand MW. Only two rivers can produce a total of 37 thousand MW. (Imagine how much) 4,400 rivers can result in the green economy," he expounded.If accumulated, Indonesia's energy wealth, classified as renewable energy (EBT), will amount to 418 GW, he pointed out."If we manage the energy potential from geothermal, wind, underwater currents, and solar cells through consistency and courage, then we can make a breakthrough, and (energy) can be our economic strength going forward," the president expounded. (Antaranews)