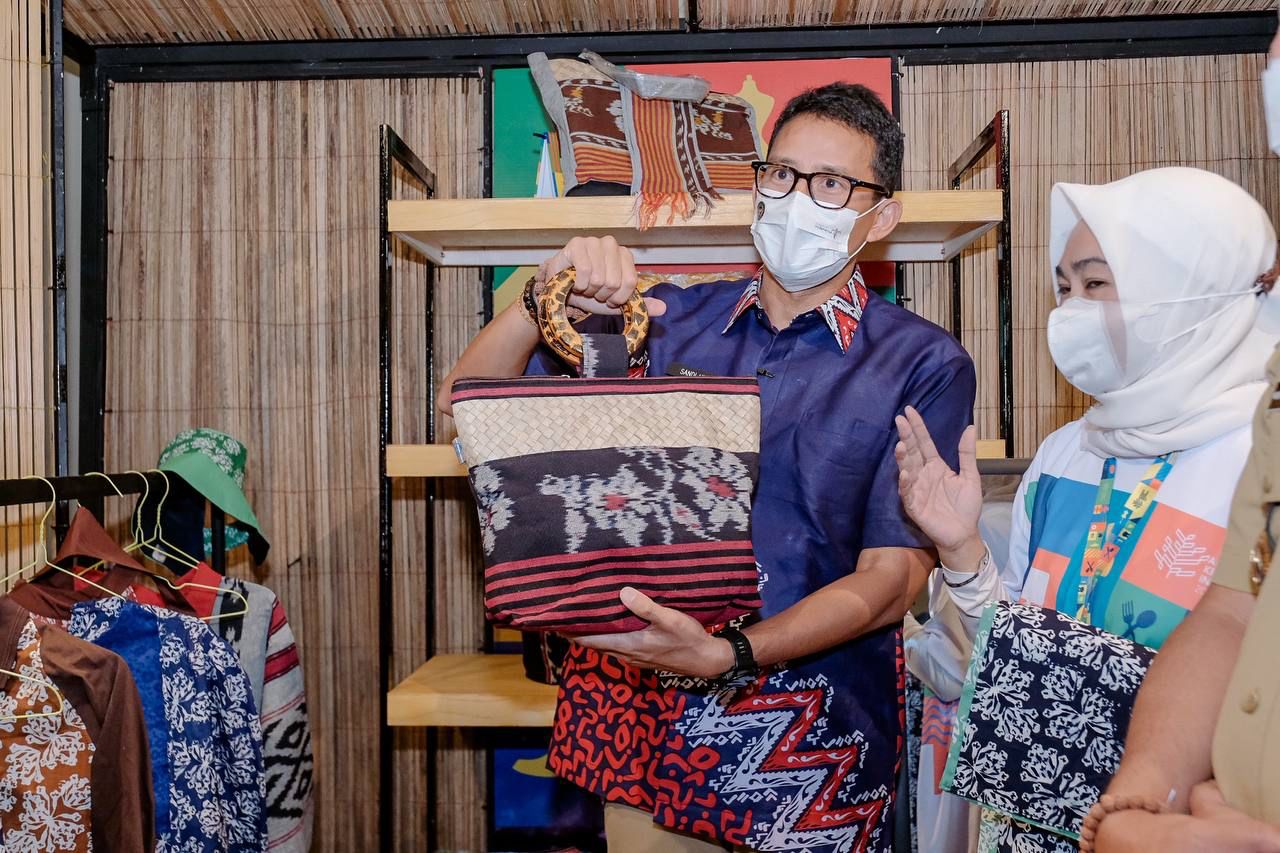 In the Indonesian Creative Appreciation event at Phinisi Point, Makassar, Tuesday (11/23/2021), Sandiaga said that this activity aims to spur the growth of the creative economy ecosystem to strengthen the national economy and create jobs.

"We at Kemenparekraf are present in several sub-sectors in collaboration with other ministries and also city/district governments," said Sandiaga.

Later, the 35 creative economy actors will be curated again to showcase their work at the national level.

"Some of the participants selected here will later go to Jakarta to compete at the national level," he said.

On the same occasion, the Mayor of Makassar, Mohammad Ramdhan Pomanto, appreciated the implementation of AKI activities in his city. He hopes that this activity can foster more seeds of creative economic potential that have sprung up in Makassar.

In addition to Sandiaga and Ramdhan Pomanto, this event was also attended by the Special Staff of the Minister of Tourism and Creative Economy for the Sector of Tourism Destinations and Strategic Issues, Brigadier General Ario Prawiseso; Director of Culinary, Craft, Design and Fashion Kemenparekraf/Baparekraf Yuke Sri Rahayu; and the Head of the Culture and Tourism Office of South Sulawesi Province, Muhammad Jufri.

In addition to the exhibition of creative economy products, this event was also filled with talk shows and performances by creative economy actors from the music and film sub-sectors. (VOI)