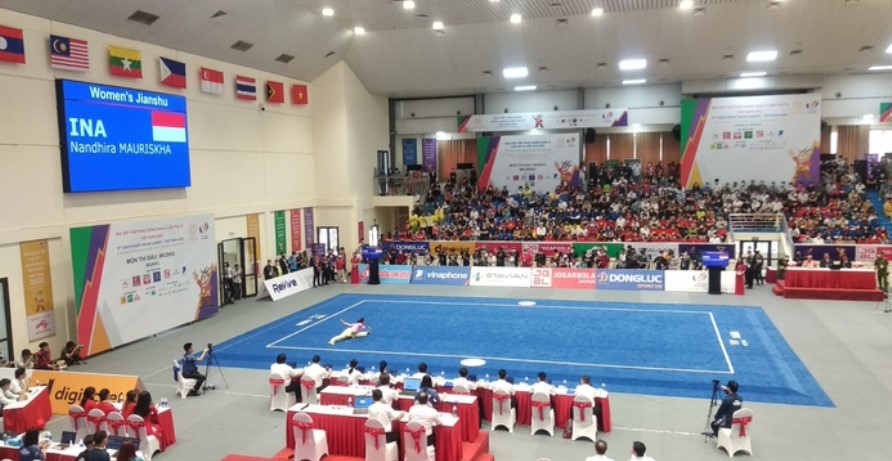 Indonesia was only able to win 1 silver and 1 bronze from five final matches on the inaugural day of the 2021 SEA Games wushu sport in Hanoi, Vietnam, Friday (13/5/2022).

The silver medal was won by Nadira Mauriskha, who fell in the Taolu Jianshu Putri event by collecting 9.67 points behind the host athlete, Thuy Vi Duong, with 9.70 points. The bronze medal in that number was also won by the host athlete, Tiue Binh Dang, with 9.66 points.

Meanwhile, another Indonesian representative, Seraf Nero Siregar, who took part in the Taolu Chang Quan number won the bronze medal with 9.69 points. The gold medal in that number was won by Malaysia's seed, Su Wei Clement Ting, with 9.70 points and the silver medal went to Jowen Si Wei Lim with the same collection of points.

The Secretary-General of PBWI Ngatino revealed that two of Indonesia's mainstays, Edgar Xavier Marvelo and Nadira Mauriskha, were indeed expected to give gold medals on the first day of the match. However, fate said otherwise and the athletes are expected to give the best results in the number of other matches that will be faced next.

“At first we hoped that Edgar and Nadira could bring home the gold medal but this is the match. When landing, there was a slight shake (position) so the results were not optimal. There are still other numbers to be contested. We are still optimistic that the results will be better,” said Ngatino.

Meanwhile, the coach of the Indonesian Wushu Team, Iwan, said that Nadira's results were quite good considering that her children had been absent from the SEA Games for a long time since 2015. The silver medal was considered to be the maximum considering that her opponent in this number has a high-quality game. good.

“Rara had a very good performance, but her opponent was the world champion. So the opponent is a bit heavy," said Iwan.