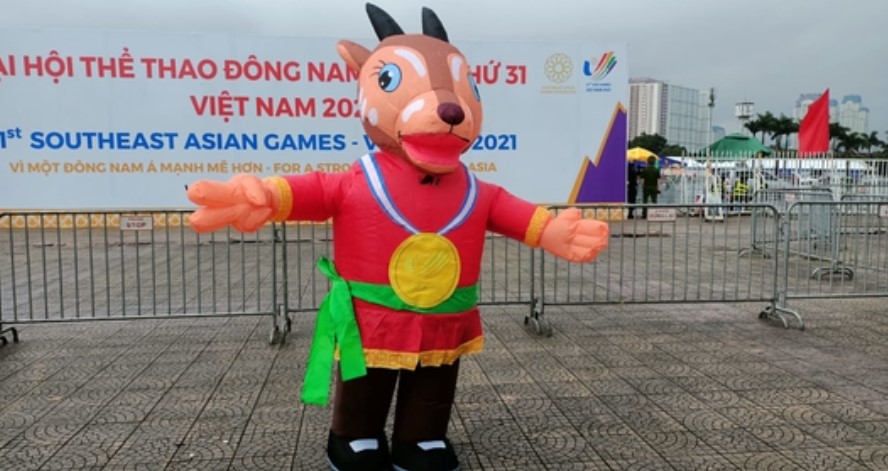 Host Vietnam presents a mascot that is quite unique for the 31st SEA Games, Sao La. However, it turns out that quite a lot of Vietnamese themselves are not too familiar with the actual figure who inspired the birth of the mascot.

Understandably, Vietnamese people are generally more familiar with the figure of the water buffalo (trau) which is considered a mythical animal in the country. In addition, there are also several other endemic animals that are also quite popular, such as the Dong Bac bat or the Tam Dao salamander which only exists in Uncle Ho's country. The sao la animal, which was the inspiration for the Sao La mascot, is not yet popular with local residents.

“What animal is that? I don't think I've ever seen one,” said Nguyen Thu Ngoc, an employee at a hotel in Hanoi. "I was also surprised when I found out that Sao La was the mascot for the SEA Games."

Investigate a calibaration, sao la is actually an endemic animal typical of Vietnam. At first glance, this horned animal somewhat resembles an anoa that lives in Sulawesi. Some people also call it like an antelope.

Among Vietnamese zoologists themselves, sao la is also still a mystery. Not much research or scientific publications about this animal.

The name sao la itself only became a conversation in the early 1990s. It happened when a number of experts from Vietnam's Ministry of Forestry found something unique during an expedition in the Vu Quang National Park area, Ha Tinh Province.

“At that time, in 1990, we were visiting a local resident's house,” said Tran Binh Tu, a former national park employee, who was on the expedition.

“We were surprised to see something unique, a cut off the head of an animal with two horns on its head. Its horns are very different from any other animal we've ever seen."

The horn was then carried by a team of researchers who then collaborated with the World Wild Fund. After nearly two years of study, in May 1992 it was finally announced that the horn belonged to a new species which was later named sao la (pseudoryx nghetinhensis).

Scientifically, sao la comes from the family Bovidae with the order Artiodactyla. He is still in the same family with other similar animals, such as bison, buffalo, antelope, or cows.

After that, research on sao la intensified. Experts later discovered the fact that sao la animals do not only live in Ha Tinh. It was also found in a number of other places, such as in Nghe Anh, Quang Binh, Thua Tinh, and Quang Nam.

Sao la generally live in forests at an altitude of 200-600 meters above sea level. In winter, they usually migrate to lower forest areas.

According to experts, in all of Vietnam at this time there may be only 50-60 tails left. "Hopefully, by becoming the mascot of the SEA Games, the number of sao la will increase because people will understand that this is an important animal and its existence must be preserved," said Tran, full of hope. (RRI)