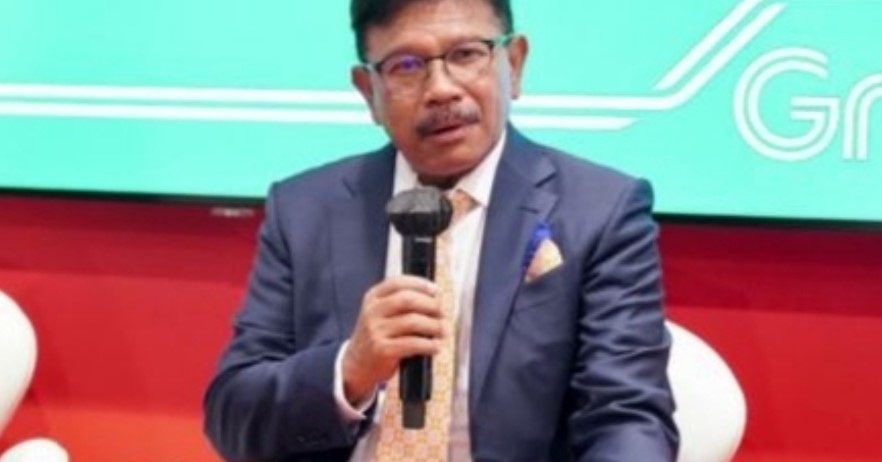 Minister of Communication and Information Johnny G. Plate stated that the Government is in the progress to provide digital facilities for digital platforms and Micro, Small and Medium Enterprises (MSMEs).

This, he said, will be carried out by building information and communication technology infrastructure throughout Indonesia, in order to bridge the digital divide.

"The government (provides facilitation) for digital platforms that support Indonesian MSMEs. In fact, with the development of telecommunications infrastructure, global technology companies and digital platforms in Indonesia can do good business," he said in the Indonesia Pavilion Discussion: The Role of Technology to Drive Economic Recovery, which took place in a hybrid manner from Davos, Switzerland, Tuesday (24/5/2022).

Johnny explained that the existence of digital infrastructure can be utilized from the downstream side. Especially for SMEs in developing business. Therefore, the Government is building digital infrastructure in the form of a fiber-optic backbone network, middle-mile networks such as microwave links, fiber links, and satellites as well as base transceiver stations (BTS).

“What I have done as a minister is deploying ICT infrastructure across the country through telecommunications networks and providing a High Throughput Satellite with a capacity of 300 gigabits per second which will be launched into orbit next year to support Indonesia's digital needs. We have also built half a million base transceiver stations," he explained.

It is hoped that these efforts will be able to encourage the growth of Indonesia's digital economy.

"By doing that, I hope that the downstream ICT, namely the digital economy, will grow like what startups Grab and others are doing," he said.

According to him, currently the digital infrastructure development program is ongoing and carried out on a multi-year basis due to the availability of funds and Indonesia's geographical conditions, which are spread across thousands of islands with varying distances and travel times.

"With very limited transportation and logistics facilities in the archipelago, we hope that infrastructure development will run well. The government is building ICT infrastructure across the country to close the digital divide," he said.

"We invite Indonesian MSMEs to join and take up this digital economy. I support digital platforms to ensure that Indonesia also takes a big part in the digital economy of Southeast Asian countries. In return, of course expect to pay good taxes for Indonesia," he continued.

"Last year it was USD17 billion and it is projected to double to reach USD146 billion by 2025. And it could reach USD315 billion by 2030. Where Grab and other digital platforms run their business," he explained.

In order to realize this projection, Johnny invites digital platforms to support the involvement of MSME actors in the development of the digital economy.

"Make sure to support Indonesian MSME products and make import substitution," he said.

Currently, he continued, the Government is taking an affirmative policy to involve MSME actors in the procurement of goods and services within ministries, government agencies, and state-owned enterprises. According to the Minister of Communication and Information, this is an effort to protect MSME actors.

"Each country must protect their own MSME actors. Especially for Indonesia which contributes 60 percent of Indonesia's GDP. So, please remember, and make sure to support Indonesian MSMEs," he added.

The second message, he added, is that the deployment of ICT infrastructure is not only for e-commerce.

"But I also want to make sure that fintech is also developing well, edutech and health tech will also develop well in Indonesia," he said.

By bringing all of this together well and now operating in Indonesia, the Minister of Communication and Information believes that the Indonesian economy will rise and grow.

“We will all benefit from them. So far, I have received information that around 1 million MSMEs have digital onboarding. So from now on, the task is to enlarge and ensure that the products are available so that everyone can enjoy together for local savings for the Indonesian economy," he explained.

In addition, Johnny assessed that digital platform managers need to pay attention to the security of encryption technology and proper cybersecurity management.

“It is very important to make sure people trust and rely on the chosen platform. Therefore, make sure that the encryption technology is the latest version and works properly on the enterprise system. So you must have the right management system and choose the right digital talent for cybersecurity because this is very important," he explained. (RRI)