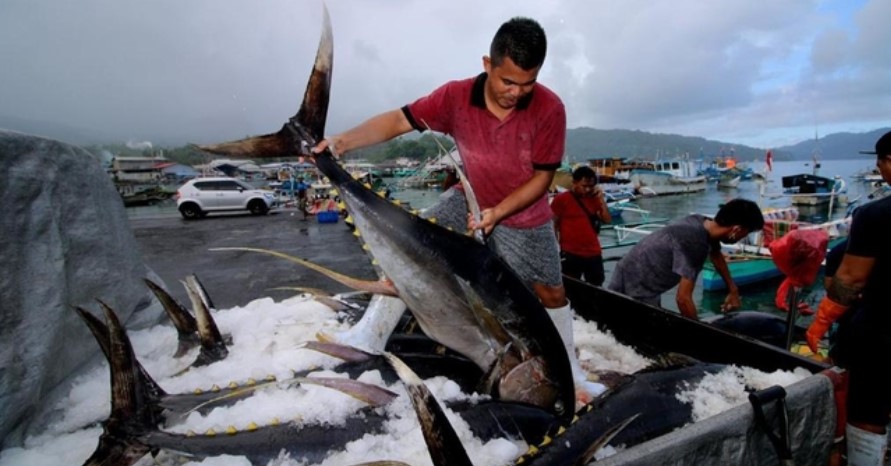 The Ministry of Maritime Affairs and Fisheries continues to improve the regulation of regulatedfishing policies. One of them is the draft the Government Regulation related to the regulation, which was discussed again in a public consultation involving local governments, fisheries business stakeholders, and academics, on Tuesday (24/5/2022) in Manado.

Special Staff of the Minister of Maritime Affairs and Fisheries Edi Juardi explained that the refinement of the draft regulation is continuously carried out with various inputs. This is intended so that later it can become a guideline for all marine and fisheries stakeholders after it is ratified.

“The preparation of this regulation involves many parties, including cooperating with several relevant ministries/agencies. We will continue to monitor it until the document is at the State Secretariat to obtain an initiative permit from the President," he said in a written statement, Wednesday (25/5/2022).

Representing the Director-General of Capture Fisheries, Director of Fish Resource Management Ridwan Mulyana explained that regulated fishing is in line with Indonesia's position in the international forum for Sustainable Ocean Economy. In addition, this policy is also an implementation of the blue economy principle.

"We manage fish resources efficiently, not unlimited exploitation. The economic and social benefits must be balanced, along with ecological sustainability and biodiversity," he said.

Ridwan said the regulated fishing policy would implement output control which is a fair step for the government and business actors. Previously, input control only focused on fish catch estimates.

"With the quota system, the government will regulate fishing zones, the number of fish caught, the number and size of ships, the types of fishing gear and the landing of fish in fishing ports," he added.

Meanwhile, the Head of the Marine and Fisheries Service of North Sulawesi Province, Tienneke Adam, hopes that the policies that will be implemented later can improve fisheries management in North Sulawesi as a capture fisheries industry with superior products of tuna, skipjack and tuna.

"We continue to push for licensing services so that they can be accelerated. We think that with the Online Single Submission (OSS) it will be slower. The rules are made to be a solution and answer and not a burden for business actors," he said.

Previously, the Minister of Maritime Affairs and Fisheries emphasized that regulated fishing would have a multiplier effect for national development, in addition to supporting food security. He is optimistic that the economy in Indonesia will also improve with the presence of a new transformation in the marine and fisheries sector. (RRI)