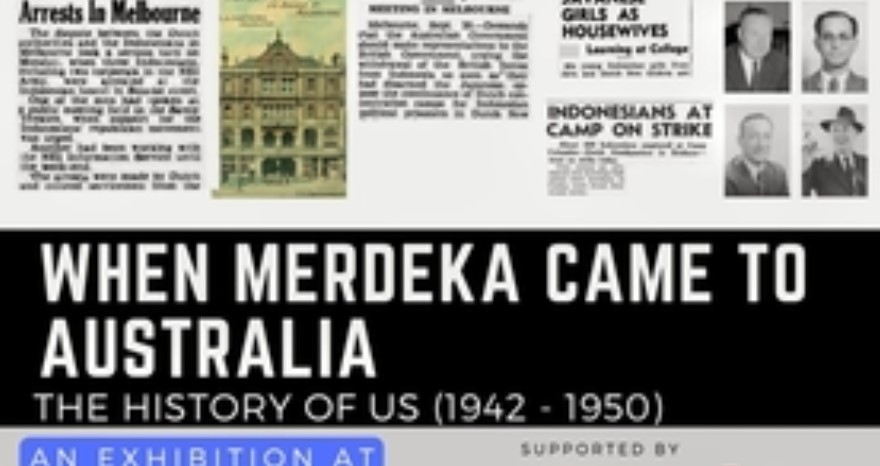 The exhibition “When Merdeka Came to Australia: The History of Us (1942-1950)” at the Immigration Museum, Melbourne Victoria in Australia. Supporting Indonesia's independence, this exhibition recalls a historical period that has been largely forgotten by both nations.

The exhibition will uncover 25 objects including photographs, correspondence between the leaders of the two countries, visual historiographical documents, article clippings and personal stories that explore the role of neighboring countries and Indonesia in Australia during Indonesia's struggle for independence.

"This is also a valuable example in the history of multiculturalism in Australia, of the Asian community and tells a story of solidarity that should be remembered and celebrated," organizers said in a written statement received by RRI.co.id, Wednesday (25/5/2022).

The documentary film “Indonesia Calling” directed by Joris Ivens (1946) will be screened as part of the events at the exhibition. This film explores the refusal of sailors and riverside workers to dispatch Dutch ships containing weapons and ammunition to attack Indonesia.

This film shows the ban on NEI Ships in Sydney harbor. The film recreates key scenes from the protests, showing the real Indonesian workers and intellectuals present at the event.

"We hope that this exhibition will increase public knowledge of the support of Australia and the Indonesian diaspora in Australia for the struggle to defend Indonesia's independence from the Dutch efforts to re-colonize Indonesia between 1945 and 1950," they said.

This exhibition will enhance the invaluable relationship and cooperation between Australia and Indonesia. Therefore, it will encourage a strong partnership between the two countries and develop lasting shared noble values. (RRI)