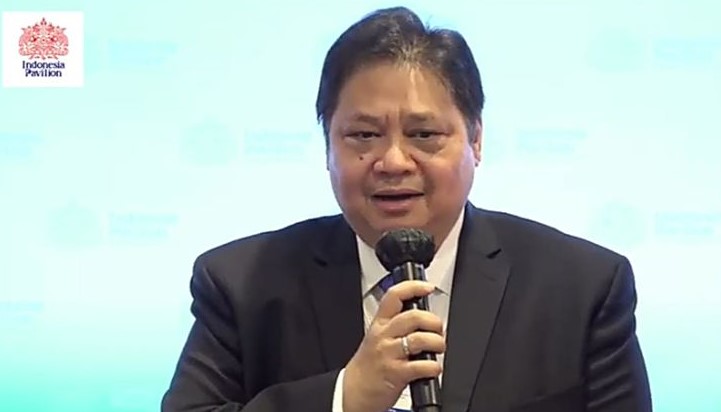 Coordinating Minister for Economic Affairs Airlangga Hartarto underlined Indonesia’s support for a fair and sustainable energy transition at the Informal Gathering of World Economic Leaders (IGWEL) in Davos, Switzerland."Energy security is one of the main issues which is currently being discussed by the (Indonesian) government," he said in a statement released on Thursday.The provision of energy is important for increasing market productivity as energy is required to drive economic activities, he noted.Hence, energy transition is one of the foundations for maintaining sustainable energy security.Indonesia has been committed to supporting the energy transition, for instance, by raising the issue as one of the three priorities of its G20 Presidency.In addition, the government has also carried out sustainable energy diversification attempts to avoid reliance on only one energy source.The diversification attempts include the green transition, which is being supported with adequate policies and financing.The Indonesian government will fulfill financing for the purpose through the issuance of green bonds and green sukuk, development of a blended financing platform, implementation of carbon pricing, as well as establishment of a green taxonomy."To support a fair and sustainable energy transition, Indonesia also has collaborated with the Asian Development Bank to launch the Energy Transition Mechanism," the coordinating minister stated.Furthermore, he said that Indonesia, as an energy producer, has always made Sustainable Development Goals (SDGs) the basis for establishing national economic and development policies, which can help realize a green economy and sustainable development.In addition, a strong commitment to achieving a fair and affordable decarbonization and energy transition has also been demonstrated by Indonesia’s attempt to become the regional manufacturing center of electric vehicles in Southeast Asia by the end of this decade.Furthermore, Hartarto also asked all stakeholders, including the private sector, government, multilateral development banks, and philanthropists, to participate in ensuring access to sufficient energy for sustainable development by developing financing and technical assistance."We hope that all of you will join Indonesia to realize the decarbonization attempt and follow up on the commitments of the developed countries regarding the Paris Agreement," he added.  (Antaranews)