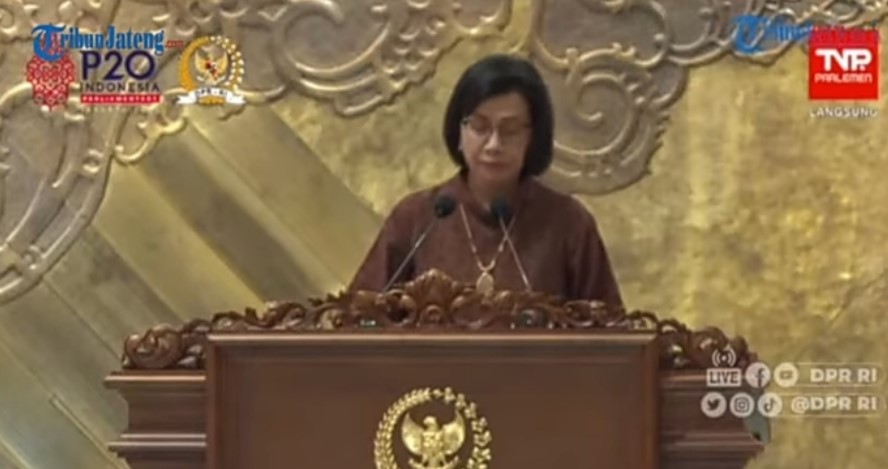 Until now, Indonesia is still able to control its inflation rate amidst the high inflation trend experienced by many countries, as a result of rising global commodity prices. Until April 2022, the inflation rate in Indonesia was recorded at 3.5 percent.

"Compared to other countries, Indonesia's inflation rate is still lower. Inflation in the US and Europe in April 2022 reached the highest level for the last 4 decades. In Turkey the inflation rate reaches 58 percent, and Argentina at 70 percent," said Finance Minister Sri Mulyani Indrawati, when delivering the government's response to the opinions of factions related to Macroeconomic Policy and Fiscal Policy Principles (KEM PPKF) in the Plenary Meeting, Tuesday (31/5/2022).

According to the Minister of Finance, the increase in inflation in April 2022 to 3.5 percent, apart from the effect of rising global commodity prices, was also due to seasonal factors related to Ramadan and Eid al-Fitr, as well as the recovery in domestic demand as reflected in core inflation movements. is in an increasing trend.

“In fact, domestic inflation has the potential to rise much higher if the increase in global commodity prices is fully passed through to domestic prices. However, we can reduce the potential transmission of high global commodity prices by providing additional subsidies and fuel compensation to maintain the domestic selling price of fuel, LPG and electricity so that they do not rise," said Sri Mulyani.

The government has received approval from the DPR to increase the fuel subsidy and compensation budget in the 2022 APBN by Rp 520 trillion.

"This shows that the state budget plays an important role as a shock absorber so that people's purchasing power and the sustainability of economic recovery can be maintained," said Sri Mulyani.

The Minister of Finance said that various international institutions estimate that Indonesia's inflation in 2022 will still be below 4.0%, with the Consensus Forecast as of May 2022 in the range of 3.6%.

“The subsidy and social assistance schemes will continue to be implemented as part of controlling inflation. Apart from that, other inflation control policies were also taken together with Bank Indonesia through strong coordination in the National Inflation Control Team (TPIN) forum, both at the central and regional levels," Sri Mulyani said.

Therefore, the Minister of Finance stated that the assumption of inflation of 2-4 percent in 2023 is still quite realistic and in line with the estimates of international institutions that project inflation in Indonesia in 2023 at 4 percent.

Meanwhile, in a Meeting With Opinions with Commission XI of the DPR, Head of the Central Statistics Agency, Margo Yuwono, reminded the government to be aware of the prices of a number of food commodities that have the potential to trigger inflation this year.

“For rice, from our data, the production is still sufficient and there is a surplus in some places, but distribution is a challenge because not all provinces have a surplus of rice. So need to take care of rice. Raised chicken eggs are a record because the feed is imported, the price of cooking oil is still high, the price of noodles and wheat is also increasing," said Margo.

The food price, said Margo, is a record for the government to control prices so it doesn't erode people's purchasing power, especially the poor. (RRI)