Incorrect perception that pandemic is over: WHO Director-General 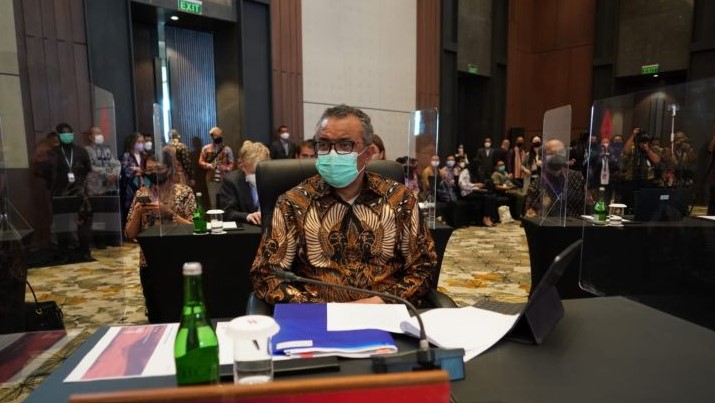 The perception that the COVID-19 pandemic is over is wrong, Director-General of the World Health Organization (WHO) Tedros Adhanom Ghebreyesus stated during the 1st G20 Health Ministers Meeting (HMM) at the Marriot Hotel, here, Monday.G20 is an international forum comprising 19 countries that work together to handle major issues. Indonesia is holding the presidency of the grouping this year.In several countries, all restrictions had been revoked, and life appears to have returned to that during the pre-pandemic period, he noted.According to Ghebreyesus, this reflects progress, but the notion that the pandemic is over, while understandable, is still wrong.The number of COVID-19 cases in the world had declined by 90 percent, from the peak in January 2022. This condition is considered as normal during the pandemic, he remarked.However, transmission of the SARS-CoV-2 virus, which causes COVID-19, was reported to have increased in many countries, including in G20 nations.This situation is inseparable from the fact that testing and genome sequencing had declined in the world.Moreover, 40 percent of the world's population remains unvaccinated amid the emergence of new, more dangerous risks, Ghebreyesus pointed out.There is rising concern that the lack of testing and sequencing will make us vulnerable in the face of the virus' evolution, he stated.This situation should serve as a lesson, so that the same would not arise in other crises that dominate the attention of the world's governments and media, he emphasized.Meanwhile, Health Minister Budi Gunadi Sadikin stated that the 1st 2022 HMM serves as a major step for G20 to strengthen the global health architecture in order to better prepare the world to face future global health threats."This year, we had discussed three global health agendas and seek to reach a collective agreement," he remarked.These three agendas encompass strengthening resiliency of the global health system, with the target of achieving financial resources availability for pandemic prevention, preparedness, and response.Health system resiliency is also realized through access to emergency medical action, developing the genomic surveillance global network, and bolstering trusted virus information data sharing mechanism.The second agenda involves harmonizing the global health protocol standard through vaccine certificate agreement collectively acknowledged in every country's entry points.The last agenda concerns expanding the global manufacturing and research center for pandemic prevention, preparedness, and response.This agenda raises the topic of developing the mRNA vaccine technology, expanding the global manufacturing and research center for pandemic prevention, boosting preparedness, and increasing response. (Antaranews)