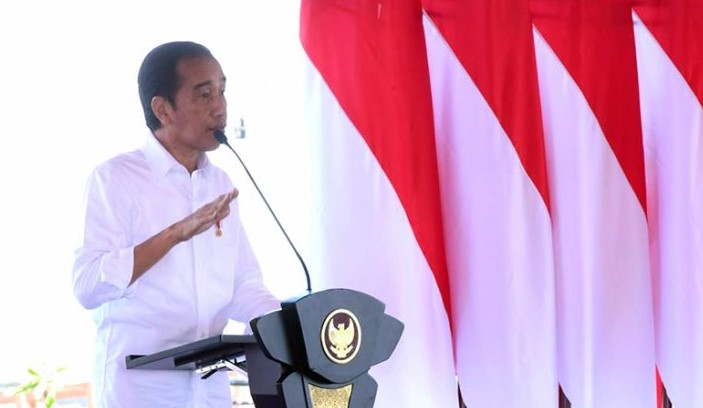 President Joko Widodo has said that he is committed to providing subsidies for oil, gas, and electricity despite the government's current fiscal predicament."Although our fiscal burden is heavy, the government has committed to continue providing subsidies to the public, both Pertalite fuel and diesel fuel, as well as gas and electricity. We will continue to (pursue) this," the President affirmed during a Plenary Cabinet Session at the State Palace, here on Monday.To ease the fiscal or budget condition, the President directed ministries, agencies, as well as state-owned enterprises to exercise extensive spending efficiency as far as possible."So that the government has fiscal leeway," he explained.The President emphasized that the current policy is to ensure that the prices of goods, both energy and food goods, are in the affordable range for everyone.He also ordered his staff to push for the production of domestic goods in order to cut down imports so that the availability of goods and price stability can be maintained in the market.Cooking oilPresident Widodo specifically ordered Coordinating Minister for Maritime Affairs and Investment Luhut Binsar Panjaitan, and Trade Minister Zulkifli Hasan to ensure that the price of cooking oil in all provinces remains at Rp14 thousand per liter, as per the government's regulation.“Earlier, I asked the Coordinating Minister for Maritime Affairs and Investment and the new Trade Minister; they asked for two weeks to one month (time to resolve the issue). I think (it should be done) as soon as possible so that the price (can be set as intended), so that it can be affordable for the community," he added.Since the end of May 2022, Pandjaitan has been tasked by the President to address the issue of the scarcity and increase in the price of cooking oil. Meanwhile, Hasan has been put in charge of tracking the development of prices of goods and services.The President has also called for an increase in the production capacity of other food commodities. He has urged all regions to increase the production capacity for food commodities, especially those that are unique to them."Massive production increase, whether from farmers, corporations, state-owned enterprises. Everything must be increased, do not follow the usual routine," he said.  (Antaranews)