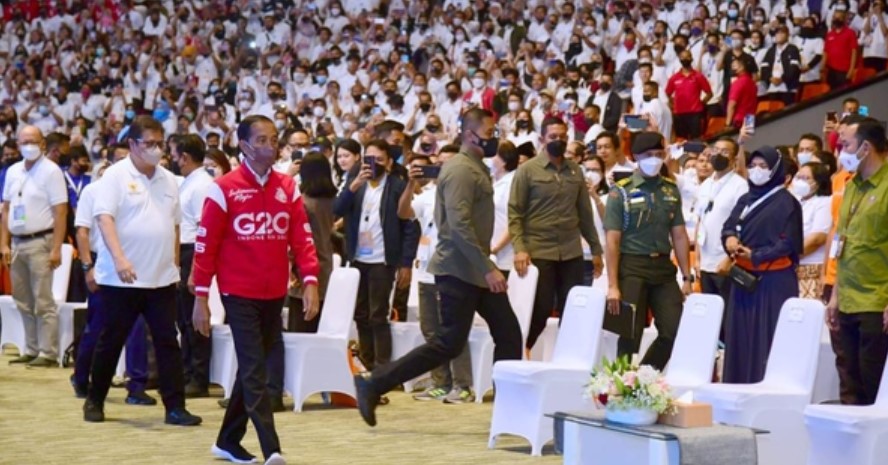 Tuesday (21/6/2022) is a special day for the President of the Republic of Indonesia, Joko Widodo. Today the Head of State celebrates his 61st birthday.

President Jokowi was born in Surakarta (Solo), Central Java, on June 21, 1961. He is the son of Noto Mihardjo and Sudjatmi.

Birthday wishes for President Jokowi are trending on social media timelines. All the best prayers for the seventh President of Indonesia.

Jokowi first served in government, since being elected mayor of Solo in 2005. He was then elected to a second term in 2010.

Not until the second term was completed, Jokowi managed to win the contest for the Governor of DKI Jakarta in 2012. So the governor of the capital city was also not finished, because in 2014 he was able to gain the most votes in the presidential election.

For President Jokowi's personal life is to have a wife Iriana, who is now the First Lady. They have three children, namely Gibran Rakabumin Raka, Kahiyang Ayu, and Kaesang Pangarep.