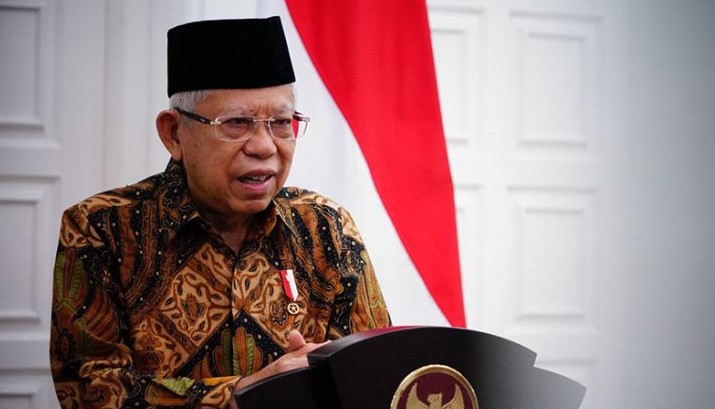 Vice President Ma'ruf Amin urged slaughterhouses to conduct thorough monitoring of livestock to look for sick animals and prevent the foot-and-mouth disease (FMD) infection."(I) ask slaughterhouses (to) monitor (slaughter thoroughly) to prevent meat of sick livestock from being sold in markets," the vice president stated during his visit to Bekasi, West Java, Wednesday.The government has taken precautionary measures against the spread of FMD in livestock through vaccination and instructing relocation or quarantine of FMD-infected animals to a secluded place, he noted.Amin also highlighted the Indonesian Ulema Council's (MUI's) fatwa that allowed livestock with mild FMD symptoms to be offered as sacrifice for the Qurbani ritual during Eid al-Adha."There is a criterion issued by the MUI that (animals with) mild (FMD symptoms) can still be (slaughtered or consumed), while (animals with) severe symptoms are not allowed. The government is currently importing FMD vaccines," the vice president remarked.Earlier, the MUI had issued Fatwa No. 32 of 2022 on regulations and guidelines for the implementation of Qurbani worship during the FMD outbreak.The fatwa allowed livestock infected with FMD and exhibiting mild symptoms to be used for Qurbani during Eid al-Adha.MUI Chairperson for Fatwa Asrorun Ni'am Soleh stated that Qurbani of an animal infected with FMD is declared valid if symptoms in the animal are mild."In my opinion, this (the fatwa) is essential to be used as a guide for the community, including those who perform Qurbani and health workers, (to provide clarity) that not all types of animals affected by FMD do not meet the requirements," he explained.Mild symptoms of FMD include lethargy, no appetite, fever, blisters around the nails and in the mouth though not causing limping and significant weight loss. The blisters can also be treated to prevent secondary infection.Meanwhile, livestock not valid for sacrifice comprise those with severe symptoms, such as blisters on the nails that cause them to fall off due to which they are unable to walk or leads to limping. (Antaranews)