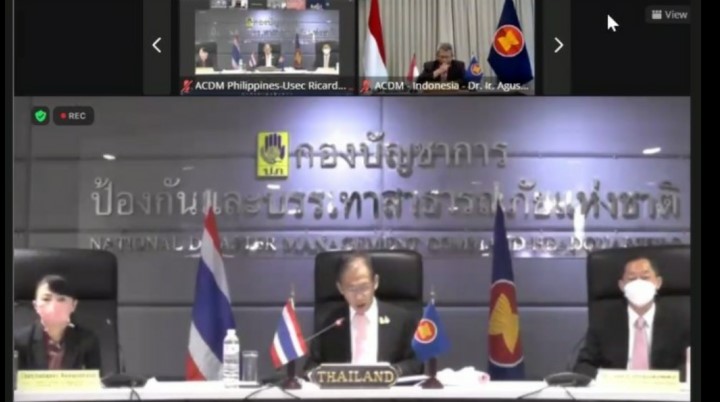 Indonesia invites ASEAN countries to prioritize the Bali Agenda for Resilience (BAR), as a follow-up to the 7th Session of the Global Platform for Disaster Risk Reduction (GPDRR), in the region to build sustainable resilience.This invitation was conveyed by Strategy Development Director of the National Disaster Mitigation Agency (BNPB) Agus Wibowo at the 40th ASEAN Committee for Disaster Management (ACDM).He expressed optimism that the ASEAN member states would carry out the BAR in the next international forum, such as the High-Level Political Forum on Sustainable Development in New York and the Asia-Pacific Ministerial Conference on Disaster Risk Reduction."This has become a special concern for Indonesia to prepare and follow up on the BAR and the vision of sustainable resilience in state documents, position papers, and official statements at the international forum," Wibowo, concurrently head of the Indonesian Delegation at the ACDM, noted in a written statement received here Wednesday.Wibowo later remarked that the invitation to urge several countries had become a special concern, especially among non-government partners, in mainstreaming the BAR and sustainable resilience in various domestic forums.He also highlighted President Joko Widodo's (Jokowi's) statement at the opening of the 7th Session of the GPDRR. The president offered the concept of sustainable resilience to the international community to address risks."Sustainable resilience can be achieved by strengthening cultural preparation and participatory, responsive, and adaptive institutions," he remarked.The efforts should be invested by every country in science, technology, and innovation, including ensuring budget access and technology transfer."Sustainable resilience can also be achieved by building resilience to potential disasters, climate change, and infrastructure," Wibowo remarked.He addressed that this resilience effort required joint commitment at the local, national, and global levels.On that occasion, Indonesia thanked the ASEAN member countries that had participated in the 7th session of the GPDRR. Wibowo expressed optimism that the event's result could be used as input for ACDM in preparing and implementing work programs.  (Antaranews)