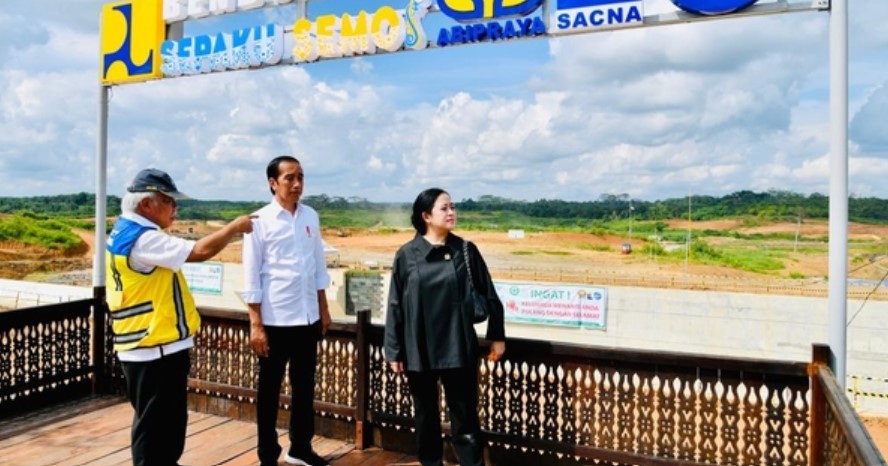 President Joko Widodo (Jokowi) said basic construction in the Indonesian Capital City (IKN) had begun. This was marked by the construction of the Sepaku Semoi Dam and the Mentawir Nursery, in North Penajam Paser Regency, East Kalimantan (Kaltim).

On this occasion, the President requested that the construction of the Sepaku Semoi Dam be completed faster than planned.

The President said that raw water from the dam will be processed to supply water needs for 1.5 million people.

"The water that is distributed is ready-to-drink water," said the President.

In addition to the dam, the President said, the Mentawir nursery shows that the government's IKN development also pays attention to the environment.

Minister of Public Works and Public Housing Basuki Hadimulyono confirmed the President's statement regarding water from the dam that can be drunk without having to be cooked first.

"If (water) can't be drunk directly, it's useless for us to move (the capital city)," said Basuki.

Meanwhile, Director General of Water Resources of the Ministry of Public Works and Public Housing, Jarot Widyoko, said the dam, which has a capacity of 10 million cubic meters, is one of the dams built by the government to prepare raw water for IKN.

Jarot explained that the dam, which is targeted for completion in early 2023, will provide raw water benefits of 2,500 liters/second. Through these benefits, the Sepaku Semoi Dam will provide benefits not only in IKN and the Central Government Core Area (KIPP), but also in Balikpapan City.

In addition to the Sepaku Semoi Dam, the government is also building the Sepaku Dam Intake, whose construction progress has only reached 13 percent.

Later, the Sepaku Dam Intake will provide raw water benefits of 3 thousand liters/second and is targeted for completion in December 2022.

"God willing, we will complete it in December 2022 so that by 2023 February it will be around 5 thousand (liters/second)," said Jarot.

Also present at the review of the Sepaku Semoi Dam were the Chair of the Indonesian House of Representatives Puan Maharani, Minister of State Secretary Pratikno, Minister of Investment/Head of BKPM Bahlil Lahadalia, Head of the IKN Authority Agency Bambang Susantono, and East Kalimantan Governor Isran Noor. (RRI)