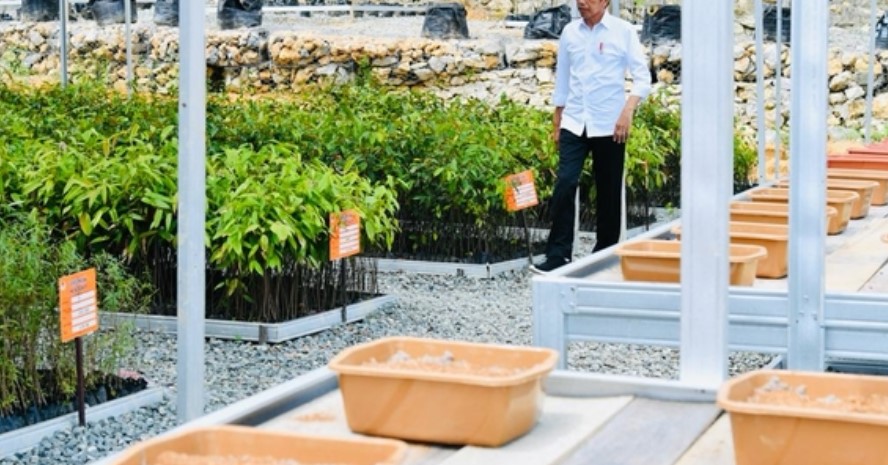 President Joko Widodo (Jokowi) emphasized the seriousness of the government in managing the environment, in the construction of the National Capital (IKN) of the Archipelago.

This was conveyed by the Head of State while reviewing the Mentawir Nursery in North Penajam Paser Regency, East Kalimantan (Kaltim), Wednesday (22/6/2022). During his visit this time, the President also invited a number of chief editors (pemred) of national and regional mass media in the review.

"We want to show that we are serious about environmental issues, that's serious. In fact, if we don't build here, the environment is getting more and more damaged. That's all that must be underlined," said the President during a discussion with the editors.

In the development of IKN, the President targets the composition of nature to be 75 to 80 percent. This is in accordance with the IKN concept as a city in the forest (forest city).

The President said that the environment is an important concern at this time, because in the future, environmental issues will continue to be highlighted by all parties.

However, according to him, the government's seriousness in managing the environment is not only in East Kalimantan, but also in other provinces on the island of Kalimantan.

"We will show our true intentions, yes. Later, when there are 12 million, 15 million new (seedlings), and not just here, later we want to show what it is like in South Kalimantan, what Central Kalimantan is like," he added.

On that occasion, the President also explained the government's target to build another 30 nurseries. Like the Rumpin Nursery in Bogor Regency. The development is planned to be focused on areas with a large mining industry.

"No, not that there will be many in Kalimantan, Sumatra, which have a lot of mines because I require them from miners and palm oil," said the President.