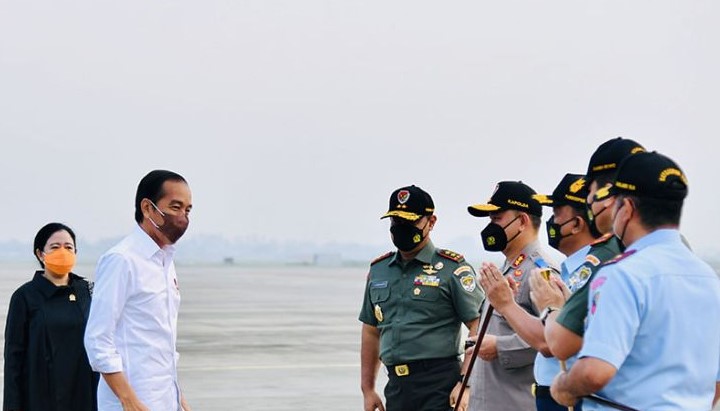 President Joko Widodo (Jokowi) highlighted the huge fuel subsidies provided by the state during a working visit to Samarinda, East Kalimantan, on Wednesday."We have to subsidize it (fuel prices) from Rp152 trillion up to Rp502 trillion. This is huge," the President said during the 32nd National Congress and the 31st National Catholic Student Association Member Consultative Assembly in Samarinda on Wednesday.The world is currently in an unusual state as it is filled with uncertainty, which is making it hard to predict or calculate ahead, he noted."We have not recovered from COVID. COVID-19 is still here. Two weeks ago, we were still at 200–300 daily cases. In the past 5 days, it (the daily case count) has increased to 1,200," he said.At a time when recovery from the pandemic is still ongoing, war has broken out between Russia and Ukraine, causing a worrying spike in global food and energy prices."Inflation happens in all countries, every (price) increased. Be careful about this. This is not an easy matter. Someone asked me, 'Sir, Pertalite gasoline (price) is not increasing here, (is it still) at Rp7,650. Diesel is still sold at old price, LPG is still sold at the old price as well.’ Be careful, it's not an economic price, it's not the price it should be. It's a subsidized price," Widodo said.The President then offered a comparison of fuel prices in Indonesia and other countries. In Singapore and Germany, the price of fuel has reached Rp31 thousand per liter, in Thailand Rp 20 thousand per liter, and in the US Rp17 thousand per liter."We still have Rp7,650 (Pertalite price). Where did the price come from? Well, as I have mentioned, it was subsidized. But how long can we stay like this? (Is) our State Budget, our fiscal capacity, strong enough to sustain this?" he asked.The President said that what can be done now is for the government to revise existing budgets.He had also talked about the issue of large fuel subsidies during the Second National Working Meeting of the Indonesian Democratic Party of Struggle in Lenteng Agung, here on Tuesday.During the meeting, the President had said that the citizens must be informed of the current global predicament. (antaranews)