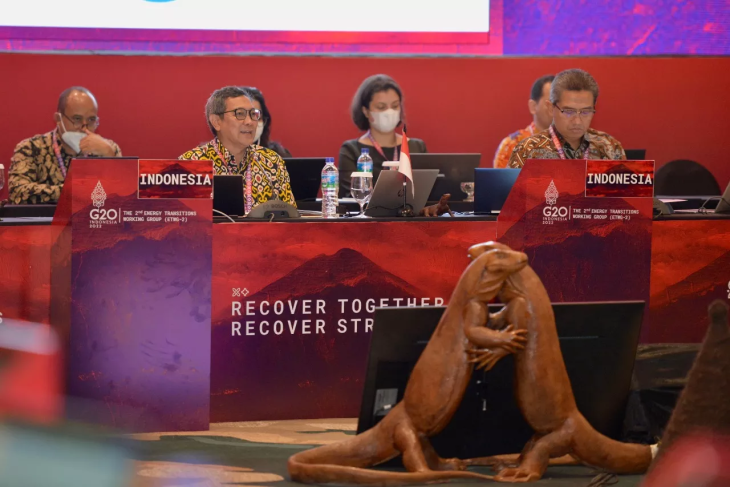 The 2nd Energy Transition Working Group (ETWG) meeting under Indonesia’s G20 presidency in Labuan Bajo, East Nusa Tenggara (NTT), has emphasized energy access and partnership.The meeting of the ETWG, one of the working groups of G20 that focuses on energy security, access, efficiency, and the transition to lower-carbon energy systems, is being held from June 23–24, 2022.The establishment of strategies and mechanisms for realizing energy affordability to anticipate the surge in energy prices and maintain market stability was one topic of discussion for the meeting, chair of the 2022 G20 ETWG, Yudo Dwinanda Priaadi, said while opening the session on Thursday."The (G20) members have reaffirmed their support for the advancement of a just, affordable, and safe (energy) transition, which is important to achieve net-zero emissions and carbon neutrality," he informed in a statement released here on Thursday.He said that the meeting on Thursday will review the reports of international organizations on the results of a webinar dialogue that discussed three clean energy transition issues: securing energy accessibility, increasing smart and clean technology, and funding mobilization."It is different from (the implementation of the G20 presidency) in previous years. (The webinar dialogue) is open to all countries. So far, the participants have welcomed these reports," he added.To expedite the discussion on the issues, the G20 members have supported the attempt of the Indonesian G20 presidency to prepare a stocktake and a series of side events to build consensus on the grouping’s actions regarding the clean energy transition.The 2nd2022 G20 ETWG meeting will also prepare two policy drafts, namely the Bali Common Principles in Accelerating Clean Energy Transition (Compact) as well as the Bali Road Map Towards 2030.The drafts are strategic efforts to encourage measures to support energy transition, climate change mitigation, as well as energy security improvement.“Realizing energy security has become increasingly important since the (energy) supply chain is currently being disrupted. Hence, we have a new cooperation model, namely Just Energy Transitions Partnership (JETP),” the ETWG chair stated.One of the concrete areas of cooperation discussed at the session was regarding the natural gas market, he added.“The Economic Research Institute of ASEAN and East Asia (ERIA) suggested to establish a regional gas market. Thus, the price of the commodity can become affordable,” he said. (antaranews)