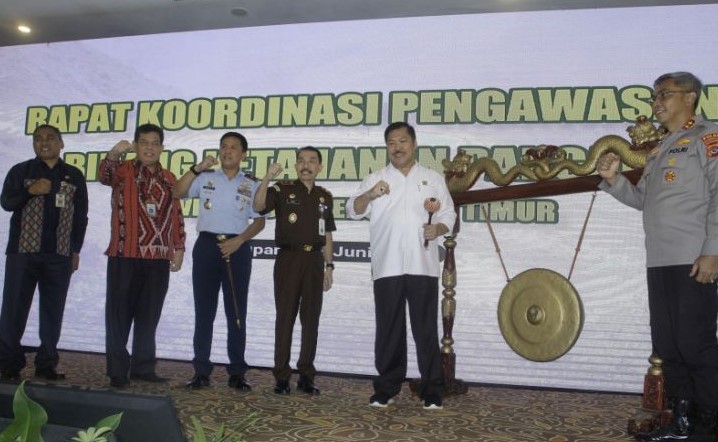 Inspector General of the Agriculture Ministry Jan Samuel Maringka has said that the ministry is continuing to establish synergy with various parties to improve national food security."This is a strategy of the Inspectorate General of the Ministry of Agriculture. We are no longer just in the room to audit, but we are trying to build synergies and focus on national strategic programs," he added.He made the statement after attending a coordination meeting on the supervision of food security in East Nusa Tenggara (NTT), which was attended by head of the NTT Regional Police, Inspector General Setyo Budiyanto; head of the NTT High Prosecutor's Office, Hutama Wisnu; and several officials, here on Thursday.There are several national programs for building food security, so there needs to be collaboration and synergy in supporting them, Maringka noted.By synergizing with law enforcement officials, development in the agricultural sector can be carried out on time and on target, he added.The ministry, he said, not only handles food prices, but also has a duty to ensure and control the availability of food for the community."So our job is to prepare suitable land so that it (crops) can be planted. This is to support national development programs," he added.Regarding the supervision of food security in NTT as an archipelagic region, he said the synergies that have been built, both during the initial planning stage and the implementation stage, will be key to increasing food security in an area."We have established synergies, including with the head of the NTT regional police and his staff, the head of the high prosecutor's office and his staff, with the inspectorate, and also with the Financial and Development Supervisory Agency," he said.The agencies could jointly monitor how the government is supporting the community and whether the national strategic program is running well, he added. (antaranews)