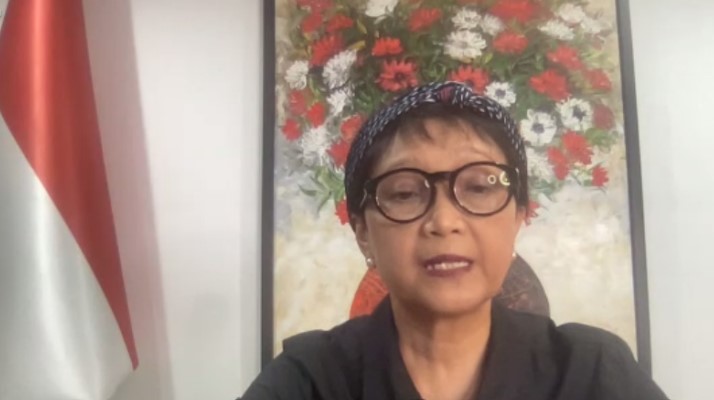 Indonesian Foreign Affairs Minister Retno Marsudi and Cambodian Home Minister Krolahom Sar Kheng discussed efforts to prevent human trafficking.At the meeting held in Phnom Penh on Thursday (August 4), Marsudi called on the Cambodian authorities to accelerate the process to repatriate Indonesian victims of trafficking."In particular, the foreign minister encouraged the acceleration of the negotiation of agreement between Indonesia and Cambodia regarding the eradication of cross-border crimes," the ministry's Director of Protection for Indonesian Citizens Judha Nugraha stated during an online press conference on Friday.The memorandum of understanding would serve as the basis for closer cooperation to handle cases of human trafficking, especially in terms of prevention, victim protection, law enforcement against perpetrators, and policy coherence in handling trafficking.The Cambodian police released 55 Indonesian migrant workers held captive by an online scammer in Sihanoukville on July 30, 2022. Seven other Indonesian migrant workers were released on Sunday.Cambodian Minister of Home Affairs Krolahom Sar Kheng said he supported efforts to accelerate the repatriation of victims and the handling of other similar cases.Kheng encouraged the completion of a bilateral agreement on eradication of transboundary crimes.At the meeting, an agreement was reached that the repatriation of Indonesian citizens would soon be conducted in stages according to the availability of flights.In its first stage, Judha said 12 victims would be repatriated on Friday."There are indeed flight limitations, but we can (start the repatriation), as early as today, by prioritizing vulnerable groups, women, and children," he stated.The ministry will coordinate with relevant ministries and institutions for the rehabilitation of victims and reunite them with their respective families while awaiting the legal process against the perpetrators.Marsudi had earlier met Cambodian Police Chief General Neth Savouen in Phnom Penh following the release of 62 Indonesian victims of fraud and trafficking by an online scamming syndicate in Sihanoukville, Cambodia.Fraud and human trafficking targeting Indonesians has increased, according to data from the Directorate for the Protection of Indonesian Citizens.The number of Indonesian victims of human trafficking in Cambodia has increased, from 119 people in 2021 to 298 people during the January-July 2022 period.Speaking in connection with the current case, the number of victims has increased, from the initial report of 53 people to 129 people.The victims have been rescued and are at the Indonesian Embassy in Phnom Penh, Judha stated. (Antaranews)