Concerning state of global economy due to inflation: President 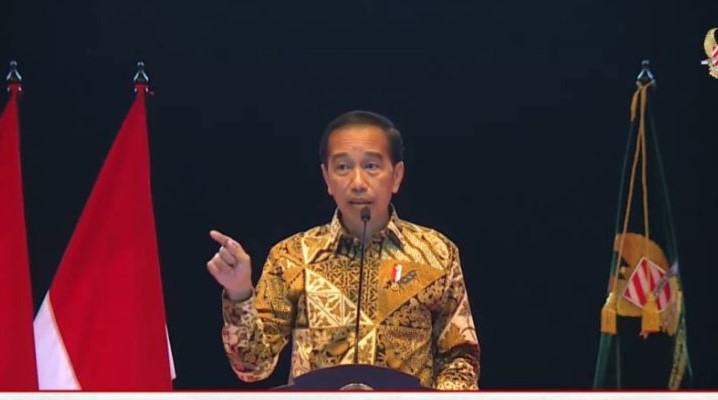 President Joko Widodo (Jokowi) stated that the world was currently in a concerning condition due to declining economic conditions coupled with worsening inflation that had led to an increase in commodity prices.The president delivered the statement during the National Gathering of the National Retired Army Association 2022 in Sentul, West Java, on Friday."The economic growth declined, yet the inflation kept increasing, and the prices of items and everything increased. This is a condition, which (is why) I may say, the world is in a scary situation," the president noted as quoted from a video uploaded on the Association's YouTube channel on Friday.He explained that the IMF and World Bank estimated that 66 countries will witness a downfall in their economic conditions on account of the war and food crisis.Of the 66 countries, the economic situation of nine countries had been gradually declining, followed by 25, and then 42 countries, he stated.The president highlighted that currently, 320 million people in the world were experiencing extreme hunger. A large section of them were in a state of hunger, as the economic conditions had deteriorated.Inevitably, Europe, the European Union, Australia, and the United States also experienced a decline in economic growth.The increase in global oil prices also contributed to the high rate of inflation, which in turn caused the prices of other commodities to skyrocket.“America, which usually has its price increase or inflation at one percent, today, was at the 9.1-percent mark. Oil (price) is twofold and so is (the case with) Europe,” Jokowi pointed out.The government has also raised the price of Pertalite to Rp7,650 per liter, or 10 percent of the earlier price. In fact, the price should be set at Rp17,100 per liter, given the current global oil prices bite.Thus, the government was still allocating a budget of up to Rp502 trillion to subsidize fuels."Just an increase of 10 percent in price, and it has led to a demonstration, which I remember was lasting for three months. If it went up 100 percent, then the demonstration would last several months. This is what the government is now controlling through subsidies. (It is) because once the price of gasoline goes up, the price of things will automatically rise as well," he concluded. (Antaranews)