Indonesia Anticipates Potential Increase in Cases Due to Omicron Subvariance 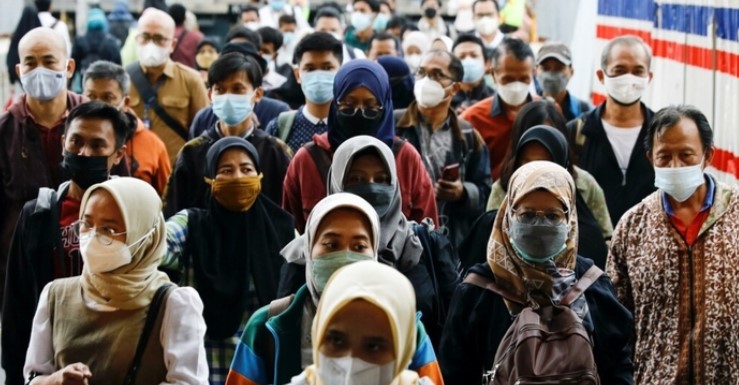 The government continues to anticipate the increase in Covid-19 cases due to the Omicron BA4 and BA5 subvariants.

Spokesman for the Covid-19 Handling Task Force, Wiku Adisasmito, said the emergence of the Omicron subvariant must be watched out for because it causes a significant increase in Covid-19 cases in several countries. Such as Japan, South Korea, Australia and Singapore.

"It is important to learn from the causes of the increase in cases in other countries. So that we can reflect on it and prevent as much as possible this potential from happening in Indonesia," said Wiku as quoted from a press release, Friday (5/8/2022)

According to him, the reason for the increase in cases in Japan occurred because it was entering the summer period which made people's mobility for recreation and travel both international and domestic increase. The BA5 and BA2 subvariants spread widely as public activity resumes.

Meanwhile in South Korea, said Wiku, this was due to the opening of international travel which was accompanied by the abolition of most social distancing regulations, so that they only relied on the use of masks.

As for Australia, continued Wiku, due to the widespread BA5 subvariance, it was exacerbated by the simultaneous spike in influenza cases. In Singapore, the increase was also due to the BA4 and BA5 Subvariants.

Meanwhile, the condition of the increase in weekly cases in Indonesia was the lowest compared to the 4 countries.

"This fact should not be taken lightly by the people of Indonesia. This confirms that this subvariant of Covid-19 has become a threat," said Wiku.

Although currently in Indonesia the impact is not like other countries, it still needs to be watched out for. Because, the possibility of a spike in cases is still there.

"We need to minimize the potential for a spike in cases by learning from these countries," he said. (RRI)