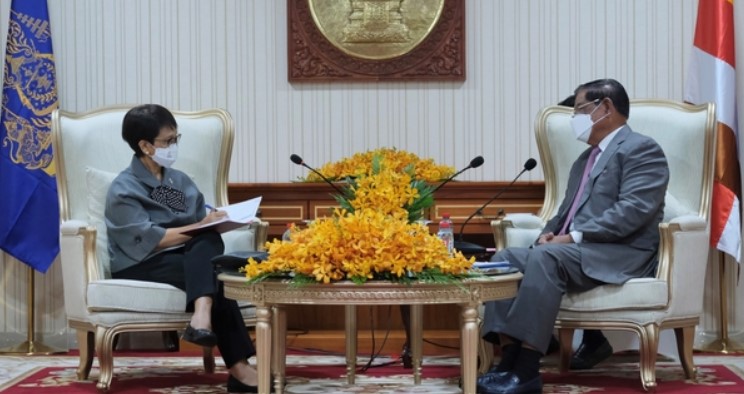 Indonesian Foreign Minister Retno Marsudi urged the Cambodian government to take steps to prevent cases of work fraud under the guise of investment.

In addition, the Foreign Minister also encouraged the acceleration of repatriation of Indonesian citizens who were victims of fraud, and the handling of similar cases that may still exist.

"The Minister of Foreign Affairs met with the Cambodian Minister of Home Affairs yesterday. What was conveyed was the acceleration of repatriation of Indonesian citizens who were victims of fraud, handling of similar cases that may still exist," explained the Director of Protection of Indonesian Citizens and Indonesian Legal Entities (PWNI and BHI) of the Ministry of Foreign Affairs, Judha Nugraha in a weekly online press briefing, Friday (5/8/2022).

Since the discovery of the case again in July 2022, the case that befell the Indonesian citizen has indeed become a special concern for the governments of the two countries.

In addition to the Minister of Home Affairs, Minister of Foreign Affairs Retno Marsudi has also specifically met with the Chief of the Cambodian Police, General Neth Savouen.

As of Friday, August 5, the number of Indonesian citizens who became victims reached 129 people.

Judha said, based on monitoring by his party and the National Police, there were still a number of social media accounts offering job vacancies at online fraud companies under the guise of investment in Cambodia.

"We have discussed with the National Police and we will also convey to the Ministry of Communication and Information so that these accounts can be taken down. Then we can take steps to enforce the law," said Judha. (RRI)