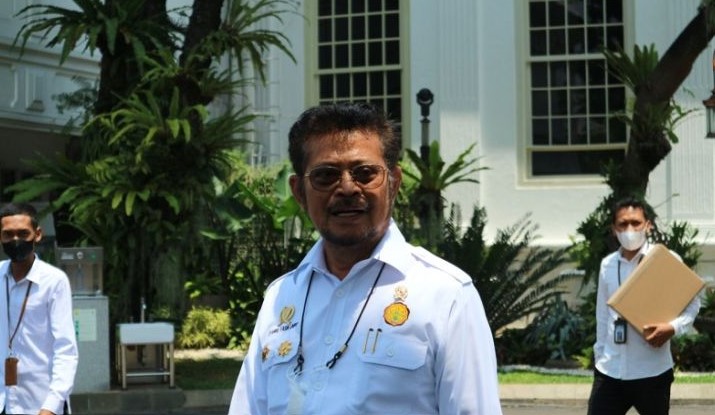 Agriculture Minister Syahrul Yasin Limpo affirmed that the government is finalizing two strategies through the pursuit for seeds of superior varieties and setting a purchase price in order to encourage local farmers to replant soybeans.Limpo remarked that the two strategies were discussed during a limited internal meeting on discussion on soybeans led by President Joko Widodo (Jokowi) at the Presidential Palace in Jakarta, Monday.Limpo explained that the government will improve soybean varieties, if the need arises, using genetically modified (GMO) seeds or imported seeds to increase the volume of soybean production."We aim to increase the production of soybeans from, for example, 1.5 to two tons per hectare to three to four tons per hectare through new soybean varieties," he noted in a press statement after the meeting.The minister believed that the low production volume per hectare had compelled most local farmers to abandon planting soybeans and instead opt to grow corn. Consequently, the fulfillment of over 90 percent of the national soybean requirement is supported by imports.With the same price amounting to Rp5,000, farmers are able to harvest six to seven tons of corn in one hectare as compared to soybeans, with only 1.5 tons, he added.Along with efforts to find varieties that can produce larger production volumes, the government is striving to maintain the interest of farmers to grow soybeans by controlling the purchase price, Limpo stated."The president said that imports must be conducted, but as long as it can be planted maximally, plant as much as possible and buy what is planted by the farmer. We must also determine the price to attract people to plant soybeans," the minister remarked.He later stated that the range for the purchase price of soybeans from farmers was also discussed at the limited internal meeting. However, this will be decided further through a coordination meeting chaired by Coordinating Minister for Economic Affairs, Airlangga Hartarto, in the next week."I believe that this week, Minister Hartarto will issue our agreement to set a minimum purchase price for soybeans," Limpo remarked.In general, Limpo affirmed that his side was preparing to expand the soybean planting area to 351 thousand hectares, from currently only 67 thousand hectares.Earlier, the national soybean production in 2021 had reached 211 tons, while 2.48 million tons of soybeans were imported. (antaranews)