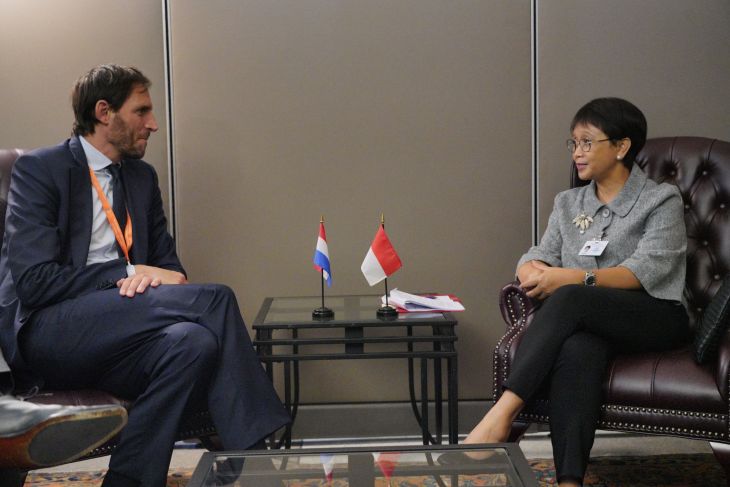 Indonesian Foreign Minister Retno Marsudi met with her Dutch counterpart, Wopke Hoekstra, in New York on Monday to discuss preparations for the G20 Summit scheduled in Bali on November 15-16, 2022.The Netherlands is one of the countries invited to the G20 Summit held under Indonesia's presidency. Dutch Prime Minister Mark Rutte is expected to attend the meeting."The global situation is indeed experiencing challenges and rivalries. Amid this very difficult situation, Indonesia expects all G20 member states to keep working, so that the G20 Summit will end with concrete cooperation to help global economic recovery," Marsudi stated during the meeting, according to the Indonesian Foreign Ministry's written statement released on Tuesday.Hoekstra supported Indonesia's expectations and reiterated his country's backing for Indonesia's G20 Presidency."I express (our) gratitude and appreciation for Indonesia's leadership in managing G20 meetings so far," he told Marsudi during the meeting held on the sidelines of the High-Level Week of the 77th UN General Assembly in New York."One of the examples is that during the G20 foreign ministers' meeting, Indonesia succeeded in bringing together all foreign ministers of G20 member states and invited countries to sit together to discuss very sensitive issues," he remarked.Hoekstra said the Netherlands was keen to witness Indonesia's success in leading G20. (Antaranews)