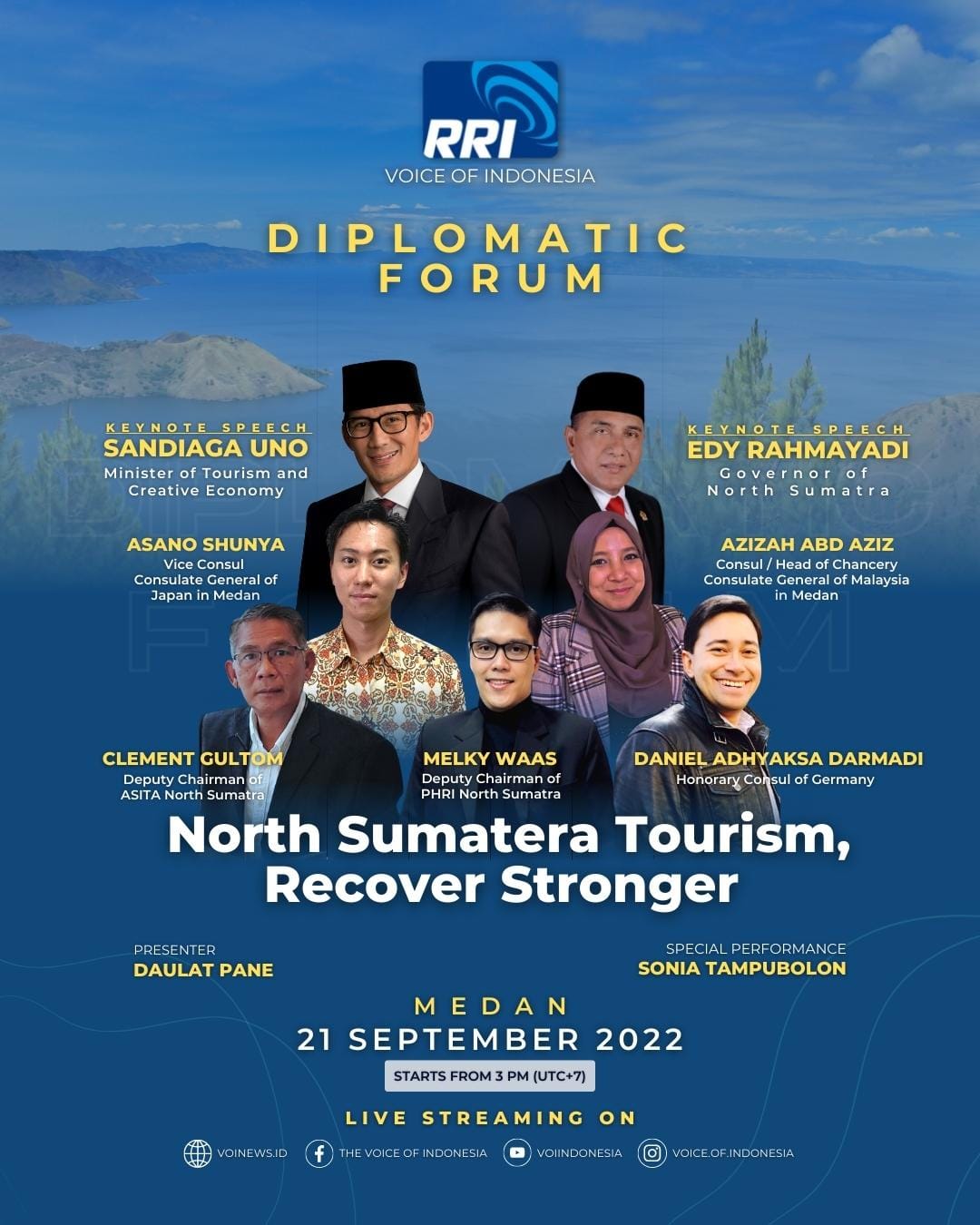 The Diplomatic Forum is broadcast live via streaming on www.voinews.id, the Youtube channel @voiindonesia, and the Facebook social network 'The Voice of Indonesia'.

Director of RRI Voice of Indonesia Soleman Yusuf said, "This theme was chosen considering the increase in North Sumatra tourism after previously experiencing a slump due to the Covid-19 pandemic."

Meanwhile, in the same period in 2021, there were only 28 foreign tourist visits. This means an increase of 26,750 percent.

"This momentum must be used by all parties to encourage economic improvement in North Sumatra," said Soleman Yusuf, Wednesday (21/9/2022) in Medan.

Soleman Yusuf hopes that the increase in the number of tourist visits to North Sumatra Province will have a domino effect on other sectors, one of which is the Micro, Small, and Medium Enterprises (MSME) sector.

"We hope that the MSME sector can take advantage of this momentum so that the impact of increasing tourist visits can be enjoyed together," he said. (VOI)