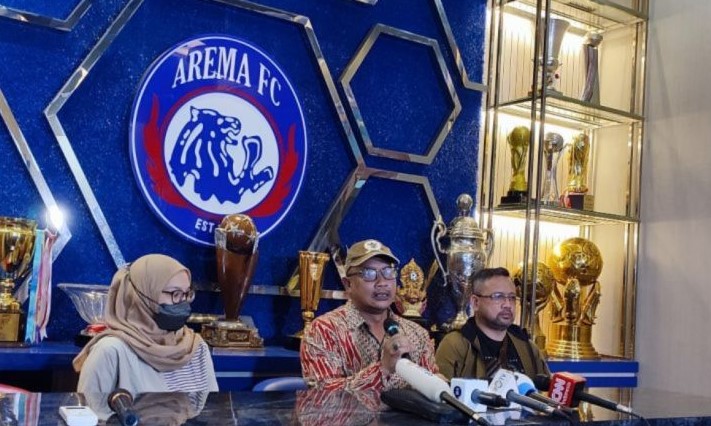 Human rights violation was indicated in the Kanjuruhan Stadium tragedy that claimed 125 lives after a football match in Malang, East Java, Saturday night, National Human Rights Commission's (Komnas HAM's) member Choirul Anam stated."We got some information that violence did occur," Choirul Anam ID stated during a press conference at the Arema FC management office here Monday.The alleged acts of violence included kicking and beating by security officers."Being kicked, got kung fu in the field. Well, it was not only Komnas HAM that saw them but all can also see," he remarked while referring to how security officers handled supporters, who stormed the pitch after their favorite, Arema FC of Malang, lost 2-3, to Persebaya of Surabaya.The Commission was investigating and looking at the condition of Malang's Kanjuruhan Stadium to determine what occurred in the tragedy that killed 125 people, including two police officers."We will investigate somewhat in the anatomy of the stadium, the chronology at that time, and post-match (period)," he remarked.Anam, born in Malang and a fan of Arema since childhood, also requested for a meeting with Arema players. Through the meeting, the investigation is expected to be conducted objectively."If you can see from the video, if there wasn't tear gas, maybe there wouldn't be so much chaos," he added.In Malang, he also visited families of the victims at homes and hospitals."We are investigating whatever took place in Kanjuruhan," he remarked.The riot at the Kanjuruhan Stadium in Malang on Saturday night occurred shortly after the Liga 1 match between the hosts Arema FC versus Persebaya ended. Thousands of Arema fans stormed the pitch after their team lost.From several amateur video footages that went viral on social media, it was seen that security forces fired tear gas to control thousands of supporters. As a result, they rushed to the narrow exit, thereby resulting in a stampede that led to casualties. (antaranews)