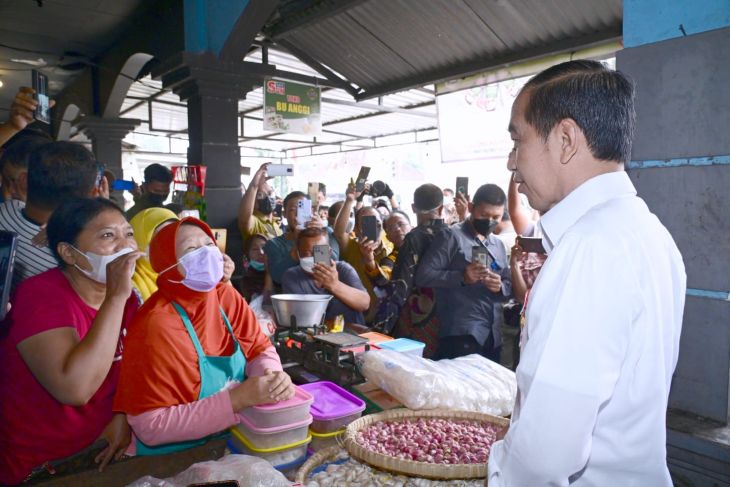 President Joko Widodo commenced his work visit activities at Central Java Province, Monday, by undertaking a visit to the Malangjiwan Colomadu Market, Karanganyar District.Based on a press release received in Jakarta, the head of state arrived at the market at around 8:05 local time and thereafter distributed Direct Cash Assistance (BLT) and staple food to market traders.The president greeted the traders as well as checked the prices of goods at the market."This is the end of the year, and we are checking the prices of goods in the market, as conditions in each province are different," the president noted in his statement after the observation.According to Widodo, routine market visits are conducted to gain clarity on the prices of goods in the market.On Thursday (Nov 17), the president also visited the Badung Market in Denpasar, Bali, and found price disparities between provinces."Yesterday, I checked in Bali and found that it was different from those in other provinces. We checked this in Central Java Province," the president stated.Among the areas of concern were the prices of cooking oil and tempeh that were currently known to be increasing.Based on findings of the price increase, the president said he would immediately find a solution to overcome the price hike that occurred in the market."Yes, that is the price in the field that we found and a solution will be found later," he explained.During the visit, the president was accompanied by Governor of Central Java Ganjar Pranowo. (Antaranews)