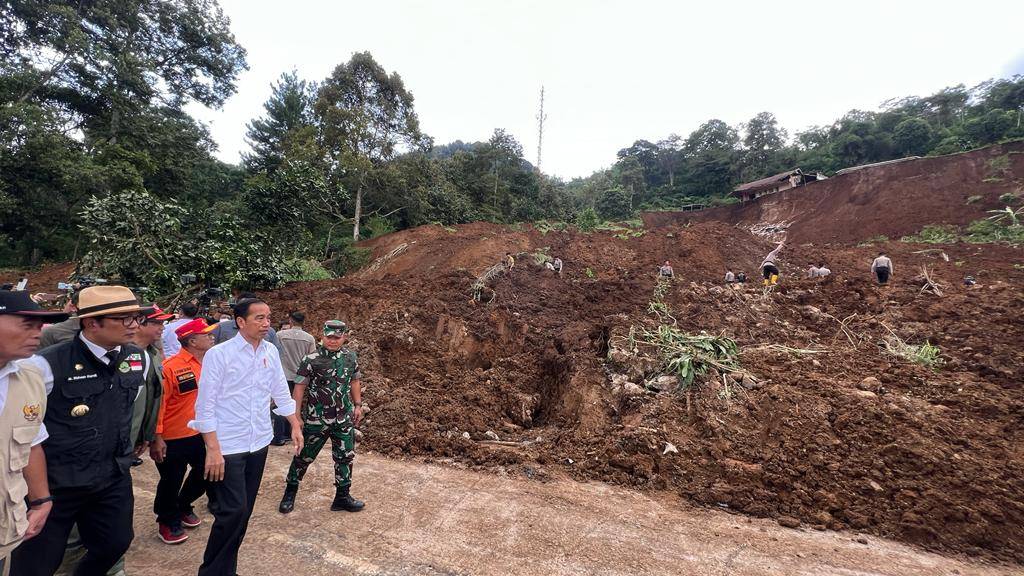 President Joko Widodo (Jokowi) expressed his deep condolences for the earthquake that occurred in Cianjur Regency, West Java, Monday (22/11/2022). The earthquake resulted in hundreds of deaths.

The Head of State immediately instructed his staff to work together to assist in handling the aftermath of the earthquake that occurred in Cianjur Regency. Starting from opening access that was hit by landslides to evacuating and rescuing victims who were still buried in landslides.

"The access road that was buried yesterday was able to be opened this morning, Alhamdulillah. And this will be continued with speed in handling, especially rescue evacuation for those who are still buried," he said.

He wants to ensure logistical assistance, such as food, drinks, medicines, groceries and other assistance does not encounter any obstacles in delivery.

The government, according to the President, will help repair the financing of residents' houses damaged by the earthquake. Heavily damaged houses will be assisted by Rp. 50 million, moderately damaged Rp. 20 million, while lightly damaged Rp. 10 million. (RRI)