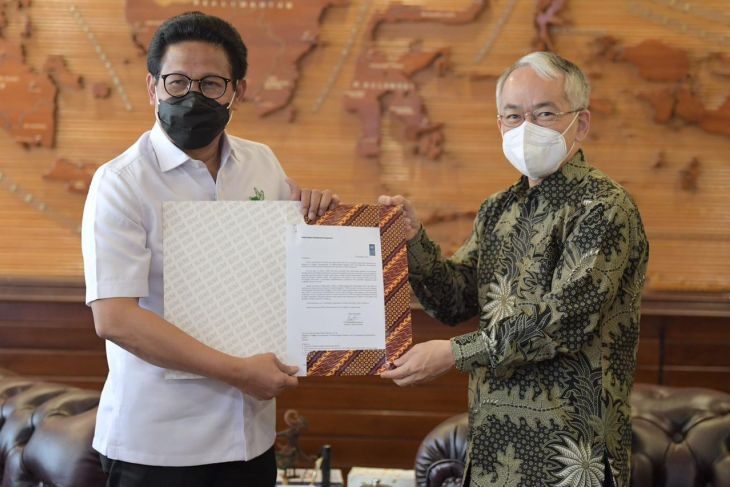 The Villages, Development of Disadvantaged Regions, and Transmigration Ministry adopts the United Nations Development Programme's (UNDP's) information system, so that no residents are left behind in village development."No one left behind is the principle here. There cannot be a single villager, who does not participate in village development," Villages, Development of Disadvantaged Regions, and Transmigration Minister Abdul Halim Iskandar noted.Village development implemented with the principle of no one left behind will be optimized by adopting the Co-Creation system, he noted while receiving a visit from the Indonesian UNDP Representative here Wednesday.This system is a Social Innovation Platforms (SIP) methodology developed by the UNDP."We acknowledge the importance of Indonesian village development," the minister noted through a press statement.Within the last two years, the ministry has adopted the SIP methodology in Gorontalo and Sukabumi, West Java. This system was deemed to be successful and very influential towards facilitating village development.To this end, the SIP will be continued on a larger scale and be undertaken along with the Integrated Village Economic Transformation (TEKAD) Program."I expect that through cooperation, we can create a compilation of best practices that would allow us to empower this community in a democratic manner as well as advance national development and sustainable development goals," he remarked.The SIP methodology was developed by UNDP along with the Agirre Lehendakaria Center (ALC) with several steps that include system mapping, listening process, collective sensemaking, prototyping, and scaling.Meanwhile, UNDP Resident Representative in Indonesia Norimasa Shimomura is optimistic that development in villages would be more equitable and accurate, as more regions are developed with the methodology.This village development effort depends on the involvement of every citizen. He expects the UNDP to be able to emulate the same in other countries in this and other regions.  (antaranews)