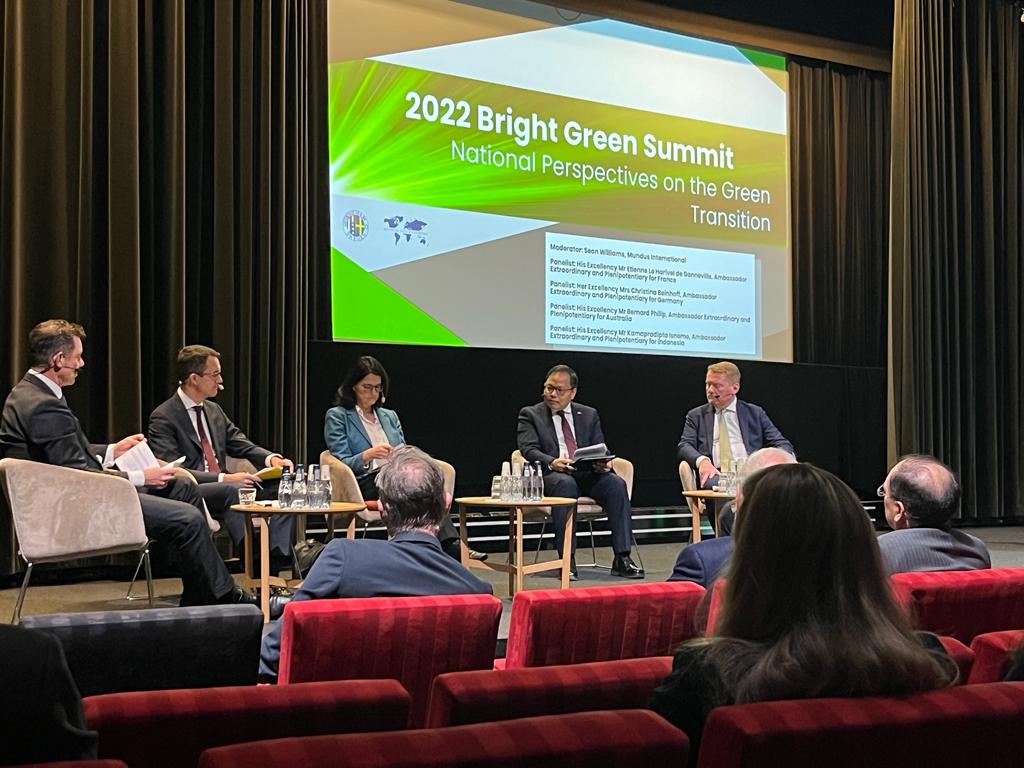 The Indonesian Ambassador to Stockholm, Kamapradipta Isnomo, together with the French, German and Australian Ambassadors to Sweden were panelists at the “National Perspectives on Green Transition” session at The 2nd Bright Green Summit organized by Mundus International and the American Chamber of Commerce Chapter Sweden.

In this year's event, the main theme was "Rapid Response to COP27", in which various stakeholders, including government, business, and academia, discussed the results of COP27, as well as their implications and follow-up actions.

"The COP27 conference in Sharm el-Sheikh and the G20 Summit in Bali generated a number of positive agreements that all parties should utilize to continue to develop their commitment to climate change, sustainability, and renewable energy," said Ambassador Kamapradipta according to a release received by Voice of Indonesia on Wednesday.

Ambassador Kamapradipta further explained that the Indonesian Government had taken several concrete steps to address these issues, including the creation of a National Transparency Framework based on the Paris Agreement, a moratorium on land clearing permits, reducing illegal logging and forest fires, and a commitment to developing new and renewable energy.

The panelists agreed that to achieve a green transition, all stakeholders must be committed, not only the government, but also the private sector, which must continue to invest in green and sustainable technologies while developing innovation. Kamaparadipta emphasized that Indonesia is prepared to partner and is open to foreign investment, particularly from Sweden, which has a vision and commitment to develop green technology in the country.

"With an outstanding record of innovation and technology, Indonesia hopes that Swedish and European companies will consider Indonesia as an investment destination," stated Ambassador Kamapradipta. "As a country rich in nickel reserves, Indonesia is poised to become a major player in the global battery industry and the development of electric vehicles."

Panel sessions at the Bright Green Summit this year discussed a variety of issues related to the green transition, including mobility, green trade and investment, digitalization, and infrastructure. A number of companies and parties participated and supported the event, including Microsoft, Coca-Cola, Lufthansa, and Nasdaq.