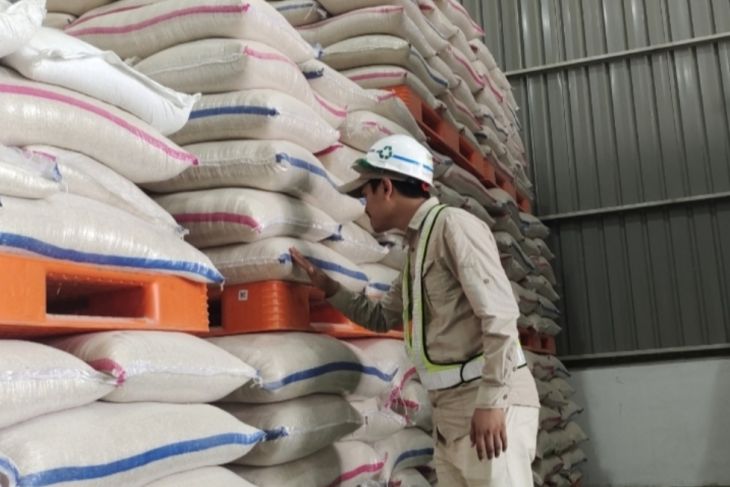 The National Food Agency (NFA) has pledged its support for the Agriculture Ministry's efforts to secure 600 thousand tons of rice for the State Logistics Agency (Bulog) from local farmers.Commission IV of the House of Representatives (DPR) had earlier asked the ministry to support Bulog's demand for securing rice stocks, according to a statement issued by NFA here on Thursday.The request was one of the points on which Commission IV members, representatives of the NFA, Agriculture Ministry, Bulog, and state-owned food holding company ID Food reached an agreement on during a hearing session on November 16, 2022.Sudin, chairman of the DPR commission that oversees agriculture, forestry, fisheries, and food production, had asked the Agriculture Ministry to provide the 600 thousand tons of rice within six working days.Bulog will absorb the 600 thousand tons of rice from local farmers using a commercial mechanism, according to the NFA statement.NFA head Arief Prasetyo Adi said that his agency fully supports the decision made at the hearing session as Indonesia needs additional stocks of rice for market interventions and unexpected events, such as disasters.Bulog's rice stocks are currently recorded at 594 thousand tons, he said, adding that the government's rice reserve stock, managed by Bulog, must be increased to 1.2 million tons by the end of 2022."Based on the figure, we should raise Bulog's rice stocks up to, at least, 1.2 million tons to enable the agency to secure the rice price stability and meet people's demand for rice in emergency condition," he added.A limited coordinating meeting on the economic sector, which was held on November 8, had also recommended that Bulog immediately optimize the stocks of its milled grain or rice through domestic procurement, he noted.The meeting asked Bulog to obtain 500 thousand tons of rice from local farmers by coordinating with the Agriculture Ministry, Adi said."We do support the decision that has jointly been made during the House's hearing session, and also back the Agriculture Ministry's efforts to provide 600 thousand tons for Bulog's rice reserve," he added.Meanwhile, Bulog president director Budi Waseso said his agency is ready to absorb the rice produced by local farmers to secure its reserve stocks as President Joko Widodo has repeatedly warned of potential food and energy shortages.At the hearing session, he also elaborated on his agency's 2023 operational planning.According to Waseso, Bulog has set a target of obtaining 1,112,050 tons of grains/rice from local farmers and fulfilling the government's rice reserve stock targetof 1.3 million tons.The agency is also planning to distribute 1.015 million tons of rice for the Availability of Supplies and Price Stabilization (KPSH) program, and disaster assistance, among others, he informed.In 2023, Bulog will also distribute 150 thousand tons of soybeans and 50 thousand tons of corn under the government's Public Service Obligation (PSO) Program as well as 350 thousand tons of commercial rice, he added.The hearing session was also attended by president directors of state-owned staple food company PT Rajawali Nusantara Indonesia and state-owned fertilizer holding firm PT Pupuk Indonesia.The NFA was formed on the basis of Presidential Regulation No. 66 of 2021 as part of the government's efforts to help stabilize staple food supplies in Indonesia.The agency has the authority to regulate staple foods such as rice, soybeans, eggs, corn, onions and shallots, sugar, chili, bovine meat, and poultry meat. (Antaranews)